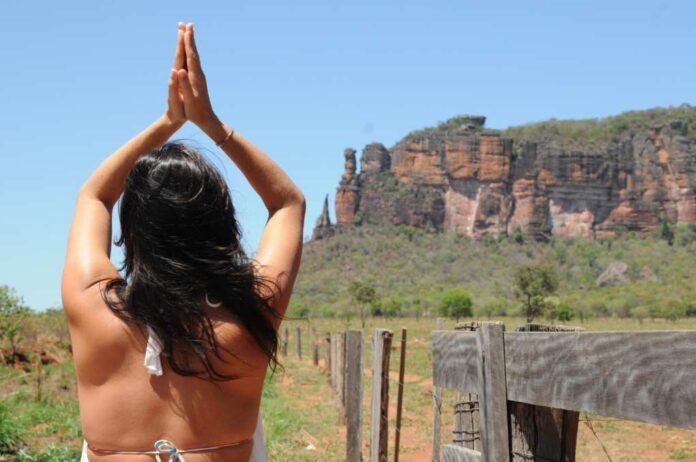 We’ve been told for a few decades now, basically since the ’70s, that global warming is a real thing and that it can have some very serious effects on our planet. And so, study after study has been conducted to find the cause of this global warming, now referred to as “climate change” by most. What was found is that carbon dioxide or CO2 emissions caused by humanity’s use of fossil fuels such as gas and oil are to blame.

But what if that’s not entirely true?

As technology and science continue to make innovations and conduct research, more and more scientists are finding that CO2 emissions may not be the sole or even the largest contributor to recent rising temperatures on the Earth.

One of the most recent of these is a peer-reviewed study published in the Research in Astronomy and Astrophysics journal.  In the paper, concluded by 23 solar physics and climate science experts from 14 different countries, data suggests that the sun or, more specifically, solar energy is more to blame than anything else.

And they have the evidence to prove it.

According to the 16 most prominent datasets of solar output, including those used by the United Nations, solar radiation is the sole culprit of global warming.

However, as a number of scientists have found out, the United Nations’ Intergovernmental Panel on Climate Change or IPCC is completely ignoring this kind of data. Of course, this likely has more to do with the fact that they are set to convene in three months’ time in Glasgow, Scotland, to further discuss how to cut CO2 emissions on a worldwide scale.

As Ronan Connolly of the Center for Environmental Research and Earth Sciences says, the new study, which is backed by years of research, is apparently inconvenient for the IPCC. And so, they are choosing to reject it and other similar conclusions in favor of their own datasets.

According to The Australian, Connolly says, “I fear that by effectively only considering the datasets and studies that support their chosen narrative, the IPCC have seriously hampered scientific progress into genuinely understanding the causes of recent and future climate change.”

He added that the IPCC, since being informed of this other narrative, has time and time again chosen to use a different dataset “to come up with the opposite conclusion.”

But even that has its problems.

As he explains, even using the climate change body’s own data, one can easily surmise that the sun and not carbon dioxide emissions are to blame. And the recent report backs this up.

As the Epoch Times reported, “Using publicly available data sets from the U.S. government and other sources, it is easy to explain all of the warming observed in recent decades using nothing but changes in the solar energy arriving on Earth, according to the new paper.”

Data from NASA’s Active Cavity Radiometer Irradiance Monitor Satellites is one such source, particularly when compared with reliable temperature data.

In another data source, a 2015 paper published by Earth-Science Reviews journal titled ‘Re-evaluating the role of solar variability on Northern Hemisphere temperature trends since the 19th century’ argued that the real cause of global warming wasn’t being addressed, as all the focus was being put on CO2 emissions.

But what’s even more astounding is that IPCC Working Group 1’s co-chair, Panmao Zhai of China, used this source on a number of occasions. And yet, when the group was faced with criticism about CO2 not being a cause of climate change, IPCC stated that “No recent literature has emerged” to contradict their conclusions.

So not only are they completely ignoring anything that might prove their narrative wrong, they aren’t even admitting that it exists.

Instead, they are pushing through with the notion that fossil fuels are to blame. According to them, we need to stop driving cars, airplanes should be grounded, and everything should be electric. At the same time, they have strategically placed themselves and their cohorts in positions that will benefit from those types of changes.

Meanwhile, the sun will continue to shine and warm our climate and atmosphere.

As one study author, Willie Soon, says, “It’s time for this abuse of science by the IPCC to be stopped.”

But, of course, as long as there is money to made from real science’s demise, it won’t.