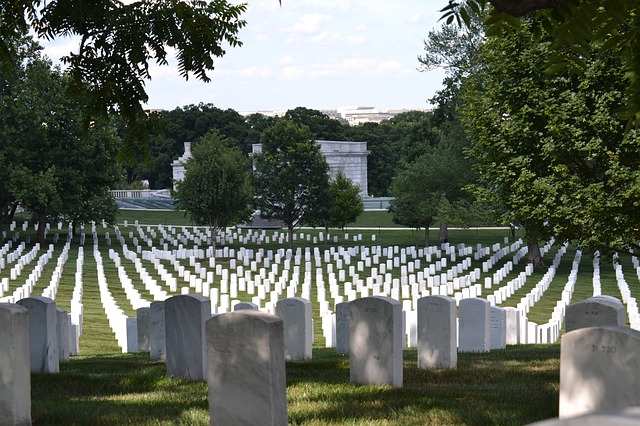 Imagine fighting for your country. Imagine being able to live your life knowing that you have served your country well – and that you’ll ultimately be rewarded with a burial at Arlington National Cemetery.

There are hundreds of retired veterans who have been living with this promise. They served for over 30 years of active military service and have plenty of physical (and mental) battle scars.

The military made the promise of being buried at Arlington National Cemetery YEARS ago. Many joined and retired with this promise intact. Now, just as many of these plans are coming to fruition, they may be pulled out from many unsuspecting retirees.

The Army has decided that they may go back on this promise – and do so without giving Congress all of the details.

This may be one of the shadiest things that the Army has ever done. We can get past the lies they tell when being recruited. We can get past the empty promises of being able to choose your base. However, there’s absolutely no reason why they should deny burial benefits this late in the game.

The Army is making a proposal that would mean those who honorably served for 20 years or more would suddenly be ineligible for in-ground burial at Arlington AND the military honors that are afforded to those buried at Arlington.

Now, it’s true that there’s limited space at Arlington. If they don’t make some adjustments, eligibility will likely run out in 2055.

However, there’s an important question: Who should be afforded the limited space?

This seems like an easy answer. Those who served years ago and were promised this benefit should be the ones to get it. It’s not acceptable for the Army to eliminate the burials for those who are already retired and who are anticipating this benefit.

The worst part about it is that the Department of the Army has already made this proposal without talking about it to the retirees and their families. If Congress approves this proposal, families will suddenly get a letter to tell them that the burial benefit is gone – and it will be too late to do anything.

Military Times is already making a call for retirees and families to speak up. The military should keep its promise to honor and bury veterans who served their country for 20+ years at Arlington National Cemetery.

The Army is looking to free up space so that those who haven’t even begun serving may one day be buried there. But why? How is that fair to take away what has been promised to hundreds for the potential promise to be handed down to others?

Congress will likely accept the recommendation of the Department of the Army unless they begin hearing from retirees and their families.

There’s one other proposal that would allow the Army to proceed…but with one modification. Those receiving retired pay could retain their eligibility. It could ensure many are able to continue receiving the burial benefit without having a decades’ old promise being ripped out from under them.

Anyone who wants to see the military maintain their promise to retirees should contact their Representatives and Senators. Maybe it’s time we start arguing about the little things and put our attention on things that really matter. If the government doesn’t feel as though they have to make good on their promises, what hope do we have as a nation moving forward?