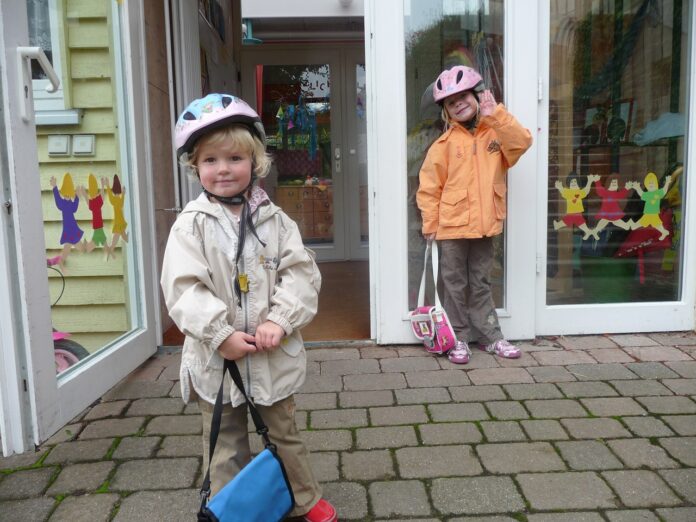 It’s one of the oldest tricks in the book: when something is scandalized, the subject of lawsuits or heated debates, or just simply stops working one proven method of changing the conversation and one’s fortunes is to change the name of the thing in question.

By changing the name of something, it makes talking about the “thing” more difficult. Some people know what the new name refers to, while others don’t know that the name of the thing was ever changed.

If you are of a certain age, you will remember when a pop star named Prince changed his name to a symbol. His new name wasn’t a name at all. Media reports were forced to cover Prince as “the artist formerly known as Prince.” Prince’s aim was to bedevil people’s perception of him, and he certainly succeeded.

In another arena, you have the private military contractor Blackwater Security Consulting, which was run by former Navy SEAL officer Erik Prince (brother of Trump administration Education Secretary Betsy DeVos). Blackwater did a lot of contracting work during the Iraq and Afghanistan wars in the 2000s when in 2007 some of its private contractors shot at Iraqi civilians, killing 17 and injuring 20 in Nisour Square, Baghdad while escorting a U.S. embassy convoy.

In an attempt to shake the international outcry, condemnation, lawsuits, and prison time for personnel that followed, Erik Prince renamed Blackwater as Xe Services in 2009, and then renamed it again as Academi in 2011, after which the company was acquired by a group of private investors. The company still exists under the name Academi today.

The same principle applies to the political reframing of issues, such as when “estate taxes” become “death taxes,” or “socialist healthcare” becomes “free healthcare” or “entitlement reform” becomes “Paul-Ryan-pushing-an-senior-citizen-over-a-cliff-in-a-wheel-chair.”

The Democrats apply this principle all of the time in something so simple as declaring American history “racist” or in more complex feats of linguistic chicanery in their invention of a pantheon of pangender-isms in an infinitely expanding LGBTQXYZ universe that will soon accommodate as instant-just-add-water official doctrine the bizarre made-up identity label of one panmultiversecurious individual out of a country 330 million and then proceed to impose this newly received dogma on the entirety of the nation.

Or you could bypass all this foofy deliberation, shout “death to commies!” and get on with it.

Which brings us to the Chinese Communist Party, which has quietly–or not quietly enough to not be noticed by news reports–changed the name of the headquarters of its propaganda program in U.S. schools, known as the Confucius Institutes.

Joe Biden may be asleep at the switch, but luckily the United States government has the FBI, CIA, NSA, and the rest of the alphabet to track “things,” whether or not they try to hide behind new names.

The move comes as Confucius Institutes are cited as serving as Communist China’s propaganda tools and face scrutiny from Congress (no word from Can-You-Believe-He’s-Actually-President Joe Biden, though, yet).

While 51 Confucius Institutes remain in the U.S. — indoctrinating scores of American students into Chinese propaganda, communist ideology, and revisionist history that refuses to discuss Taiwan, Tibet, and the Tiananmen Square massacre — over 40 U.S. schools have terminated their partnerships with these faux-academic communist propaganda centers since China launched the initiative in 2004.

Alas! Terminating these partnerships hasn’t necessarily solved the root problem, however, as similar programs with identical aims are appearing under new names.

As an example, more than 100 Confucius Institutes that have infiltrated K-12 schools in the U.S. have rebranded as the “Asia Society Chinese Language Partner Network.”

While the “Language Partner Network” works with the 65-year-old U.S.-based Asia Society, it receives funding from the place formerly known as the Haban, which funds and directs the network of Confucius Insititutes.

While changing the name of the mainland China headquarters of the Confucius Institutes from the Haban to the Center for Language Education and Cooperation is a straightforward rebrand (i.e., a pig with lipstick) some of the other instances of U.S. schools dropping Confucius Institutes are more complicated – because they are replacing them with other organizations that retain a lot of Confucius Institutes’ program.

But as nothing in China is NOT controlled by the Chinese Communist Party, there is nothing “non-governmental” about it.

Some U.S. schools are dropping Confucius Institutes as a PR stunt because of the “institute’s” whorish reputation as a prostitute for the communist party line, but are adopting new Chinese learning programs that use the same textbooks, courses, staff, and even funding from the Chinese Communist Party government body formerly known as the Hanban.

U.S. lawmakers have proposed legislation to restrict the access and influence of these Chinese communist organs in American schools.

Republican U.S. Senator from Louisiana, John Kennedy, introduced the “Concerns Over Nations Funding University Campus Institutes in the United States (CONFUCIUS) Act” in 2019 and 2020 to target Chinese communist-funded cultural centers in U.S. schools that are being utilized for China’s propaganda agenda.

The CONFUCIUS Act passed twice in the U.S. Senate while President Trump was in office, but Nancy Pelosi (who is on communist China’s payroll?) never brought the bill up for a vote in the House despite its bipartisan introduction by Rep. Anthony Gonzalez (R-Ohio) and Rep. Donna Shalala (D-FL) in July 2020.

A third effect of a rebrand? Any legislation that has to define what a Confucius Institute is must explain that the partnerships are funded by the Hanban, which now goes by a different name, making the definition of the Confucius Institutes outdated.

So it goes…Joe Biden, are you even listening? He fell asleep by the end of the first sentence.