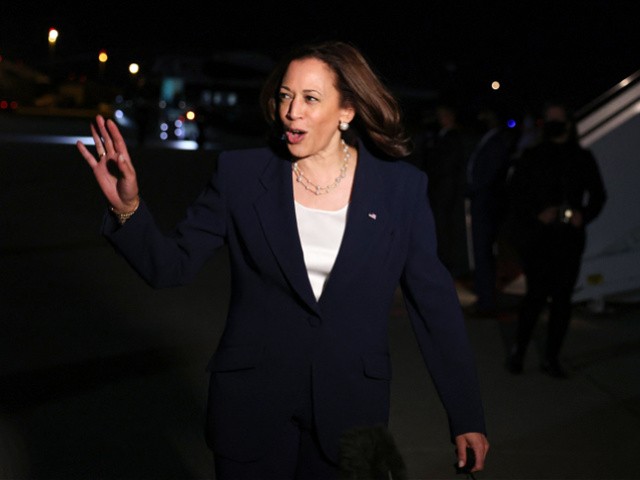 “Hold on, hold on, slow down, everybody,” she said, laughing as a reporter began questioning her about Americans who are trapped in Afghanistan.

“Uh, I want to talk about two things. First, Afghanistan: we couldn’t have a higher priority right now,” she said. “And in particular, our priority is making sure that we safely evacuate American citizens, Afghans who worked with us, Afghans at risk including women and children — and that is one of our highest, if not the highest priority right now.”

Harris has been noticeably absent since the Taliban toppled the U.S.-backed Afghan government last week. For at least eight days after the crisis began, she vanished from public view and maintained complete silence about the issue, despite claiming to have played a key role in the decision to withdraw from Afghanistan. A senior administration official defended Harris’ trip to Vietnam and Singapore, promising the vice president would continue to focus on the situation in Afghanistan.

The vice president has a nervous habit of laughing when faced with tough questions about serious political topics.

Before Harris went to the U.S.-Mexico border — 93 days after President Joe Biden assigned her the immigration crisis — she chuckled during an interview with NBC’s Lester Holt when pressured about her delay in visiting.

Holt stated, “You haven’t been to the border.”

“And I haven’t been to Europe,” Harris said with a laugh. “And I mean, I don’t understand the point that you’re making. I’m not discounting the importance of the border.”

She also once broke out in bizarre laughter before she became vice president when asked if she presents a “socialist or progressive perspective.”

More examples of her poorly-timed laughter can be found here, here, and here.