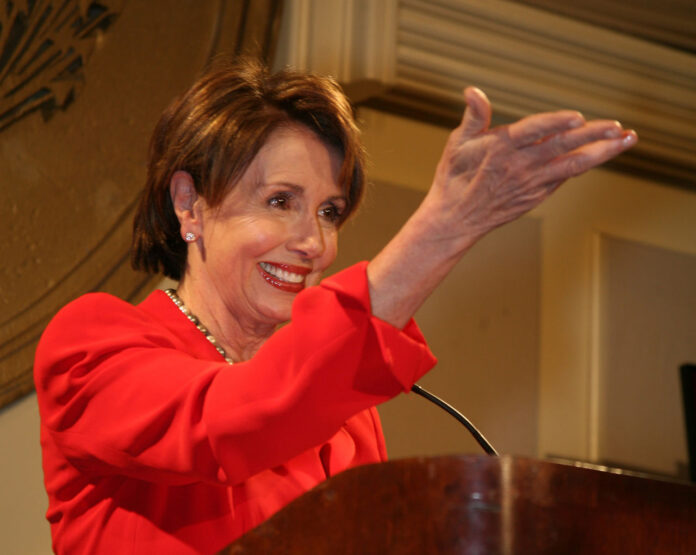 It’s hard to believe, but House Speaker Nancy Pelosi is doubling down on her admiration for President Joe Biden’s abrupt withdrawal from Afghanistan. She is saying the president was “strong” and “decisive” in his action.

When asked by San Francisco CBS affiliate KPIX if the Biden administration should have had a “stronger U.S. military presence” for the transition, the House Speaker responded: “Well, first may I just say that I commend the president for the action that he took. It was strong, it was decisive, and it was the right thing to do. We should have been out of Afghanistan a while back.”

She then confessed, “Unfortunately, one of the possibilities was that it would be in disarray as it is. But that has to be corrected.”

Pelosi maintained that she had an understanding that the military will negotiate with the Taliban for a protected exit of American citizens along with America’s Afghan allies.

There were still up to 15,000 Americans who were still trapped in Afghanistan on Tuesday after the Taliban took control of the country over the weekend. For those left there, the State Department said that the U.S. government “cannot ensure safe passage” to Kabul’s international airport for those hoping to get on an evacuation flight.

KPIX asked Pelosi, “How much does that raise the threat of future terrorist attacks, this well-armed Taliban.”

“Well, I do believe that the president’s decision was based on one that reduced the prospect of any attack on our homeland,” Pelosi responded. “And the president has made it very clear to the Taliban, any assault on any American entity or person would be met forcefully.”

Pelosi continued with this nonchalant answer: “This is what happens when you withdraw. Some stuff, some equipment is left there. It was thought that that would be used, it was hoped that that would be used by the Afghan military to defend its own country.” She then just continued in her praise of the president’s withdrawal from Afghanistan, even though it was widely considered a botched effort.

In another statement on Saturday, Pelosi said, “The President is to be commended for the clarity of purpose of his statement on Afghanistan and his action. The Taliban must know the world is watching its actions.”

And then she added that the United States is “concerned about reports regarding the Taliban’s brutal treatment of all Afghans, especially women and girls.” There were photos that emerged on Tuesday from Afghanistan of women and children who were a part of a bloody attack from the Taliban. Biden took a strong defense of his actions in the withdrawal in an address to the nation on Monday.

Biden charged from the White House, “How many more generations of America’s daughters and sons would you have me send to fight Afghanistan’s civil war when Afghan troops will not?” He added, “How many more lives, American lives, is it worth, how many endless rows of headstones at Arlington National Cemetery?”

The president was warned over and over again against a quick withdrawal from Afghanistan by his highest officials, according to new reports. But Biden refused their advice.

In fact, The Wall Street Journal reported that the president made the decision to take the U.S. military out of Afghanistan “against the recommendations of his top military generals and many diplomats, who warned that a hasty withdrawal would undermine security in Afghanistan, several administration and defense officials said.”