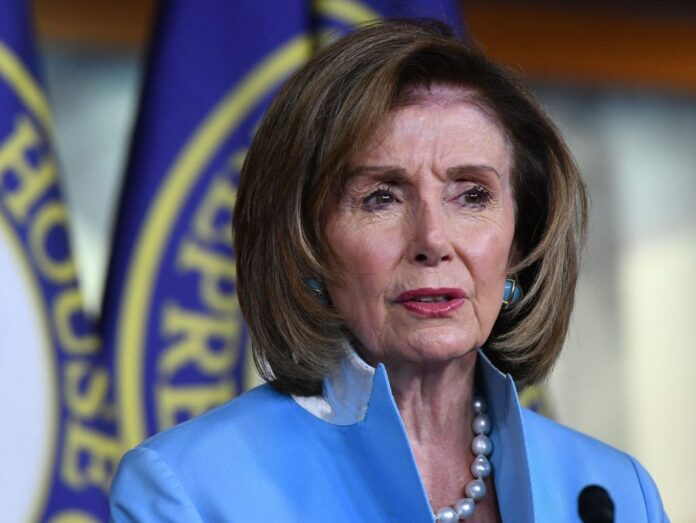 “Time kills deals. This is an old business saying and the essence of why we are pushing to get the bipartisan infrastructure bill through Congress and immediately to President Biden’s desk — as the president himself requested the day after it passed the Senate,” Reps. Carolyn Bourdeaux (D-GA), Ed Case (D-HI), Ed Case (D-CA), Henry Cuellar (D-TX), Jared Golden (D-ME), Vicente Gonzalez (D-TX), Josh Gottheimer (D-NJ), Kurt Schrader (D-OR), Filemon Vela (D-FL) wrote in an op-ed for the Washington Post.

The moderate Democrats want immediate consideration of the $1.2 trillion so-called bipartisan infrastructure bill, which recently passed through the Senate with the support of 19 Senate Republicans.

The rank-and-file Democrats objected to Pelosi’s holding the bill as leverage to pass the $3.5 trillion infrastructure bill.

“We are firmly opposed to holding the president’s infrastructure legislation hostage to reconciliation, risking its passage and the bipartisan support behind it,” they added.

The House could pass a rule as early as Monday to consider the bipartisan infrastructure bill. The rule would also allow for consideration of the $3.5 trillion, which serves as the legislative vehicle for the legislation.

When we ran in our districts, we promised our constituents that we would work across the aisle to solve their problems responsibly; that we would focus on bringing back jobs, building our economy, investing in infrastructure and tackling existential threats such as climate change. The bipartisan infrastructure bill delivers just that — thoughtful policy that will make historic investments in transit, rail, roads, bridges and tunnels — and water and wastewater. It will overhaul our electric grid and invest in broadband, electric vehicles and climate resilience.

“This bill represents a trillion-dollar investment for America’s physical infrastructure, and will create 2 million new jobs a year for the next decade,” the Democrats added.