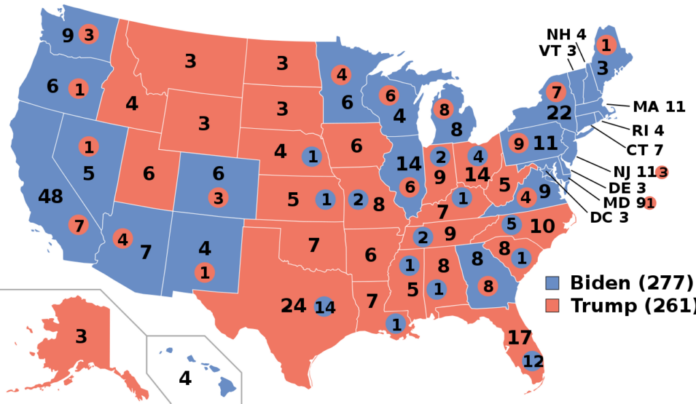 The Democrats have the majority of the House and Senate at the moment. It’s obvious that the GOP needs to gain control of at least one component of Congress if not both in 2022. That way, we can start to direct the country back toward democracy and a stronger economy.

Work is already being done to ensure that seats flip.

It’s not hard work, either. All you have to do is have a pulse to see how the Dems have botched the country.

They’ve tried to defund the police.

They’ve tried to smother us behind masks, even if we’ve done as told and gotten vaccinated.

Crime is up. The economy is in the toilet. The list could go on and on.

What’s surprising is that the GOP has already managed to flip a state senate seat in Connecticut during a special election. This marks the first flip for either party in 2021.

The excitement doesn’t end there, though. The defeat happened in a district where Joe Biden won the presidential election by over 25 percent. What used to be a hardcore Democratic voter base has flipped. They’ve been burned by the liberal Dems for too long – and it’s clear that they’re voting based on who can make the bigger difference as opposed to sticking with party lines.

Republican State Leadership Committee (RSLC) President Dee Duncan took the defeat as a sign that the people of Connecticut are “sick and tired” of the radical agenda continuously being pushed by the Democratic Party.

In an email, Duncan wrote that it’s critical to have strong Republican leadership in the states since Dems are controlling Washington. Further, “Tonight’s result is further evidence that Republicans are on offense this cycle, and the RSLC has no intention of slowing down when it comes to winning the tough fights ahead of us.”

As more wins come, it only helps to confirm that the GOP has a future. Flipping seats will need to continue to happen on both the state and federal levels if we’re ever to stop socialism from spreading.

All the GOP has to do is sit back and let the Democrats self-implode. They’re doing a great job of sabotaging themselves. There’s in-party fighting, a constant push for defunding the police even as crime surges, and let’s not forget how many are calling America systemically racist.

The Democrats are scared, too. The Democratic Legislative Campaign Committee saw their loss as a warning sign of things to come. In a fundraising email sent to supporters, they said that the loss within the state Senate seat of District 36 would be putting all of the gains made in 2018 in jeopardy.

Oh, they’re most certainly in jeopardy – and there are plenty of members of the GOP who are fired up with campaigns that highlight why the Dems shouldn’t be in power any longer.

The Republicans already outperformed in the 2020 election cycle. If the 2022 mid-term elections are anything like they were in 2020, there’s a good chance that Democrats will find themselves without a chair to sit in.

It’s a lot like musical chairs in the state and U.S. Senate. However, the GOP is about to get a lot better at playing. As long as the Democrats don’t cheat in the game, we might actually get the country back.