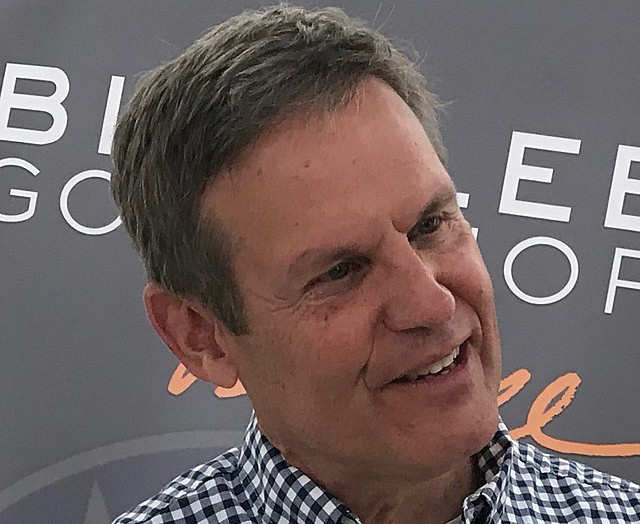 The Democrats are doing everything they can to dismantle America and make it into a country of their liking. They want to see citizens in peril from threats and pointless mandates because it gives them thrills and joy to know they have screwed around with people. The latest attempt by liberals terrorizing in Tennessee was to make kids wear masks in schools.

But Governor Bill Lee signed an executive order that stopped the mask mandate from ever being implemented. The decision to mask up is supposed to be the parents’ decision and not the school system. In a liberal world, the school system becomes the parent, and biological guardians become the enemy.

Lee believes that parents have the right to decide what is best for their kids. They are the ones that take them to the doctor and raise them in ways that a school could only dream of doing.

Lee stated that “I want to acknowledge the frustration and fear that many are feeling – fear of COVID and its effects on your family, fear of government intervention and its effect, and frustration over everything from masks to information that changes by the day.”

Anthony Fauci seems to change mask rules about every other day. The CDC has its version of what people should do. And Joe Biden has his set of rules. The amount of confusion over masking is at a tipping point. And people want to be left alone to make their own choices.

Lee noted that the confusion has spilled over into the educational centers. One district has its own rules, while another makes an entirely different set of rules. But what both leave out is the personal choice that parents have regarding their children. To take that choice away is to strip them of their right to decide what is best for the kids.

Lee put liberals to shame when he said, “No one cares more about the health and well-being of a child than a parent. I am signing an executive order today that allows parents to opt their children out of a school mask mandate if either a school board or health board enacts one over a district.”

Schools may decide to make kids mask up, but parents have the power in Lee’s state to override the rules and do what is best in the interest of their child. To do so is to violate an executive order. And the school cannot force the parent to comply.

The order read that a student’s parent or guardian shall have the right to opt-out of any order or requirement for a student in kindergarten through twelfth-grade to wear a face-covering at school, on a school bus, or at school functions, by affirmatively notifying in writing the local education agency or personnel at the student’s school.”

Lee is not the only governor looking out for the well-being of the people. Greg Abbot in Texas continues his fight with liberals that are ignoring his orders willfully. And Ron DeSantis has had to resort to sanctions to get the liberals to stop abusing the kids that live in their regions.

These three governors are fighting local craziness and federal paranoia regarding mask mandates. They have to resist bribery and other issues to continue to do what is suitable for their states.

Joe Biden had his secretary of Education, Miguel Cardona, send a letter to DeSantis that tried to entice the Floridian governor to submit to Biden and give up state sovereignty. Biden threatens to fund public school districts that defied the governor’s orders. They would, in turn, lose state funding. The federal government would again overextend its authority by dictating policy in state affairs.

Cardona would try and point out that “Florida’s recent actions to block school districts from voluntarily adopting science-based strategies for preventing the spread of COVID-19 that are aligned with the guidance from the Centers for Disease Control and Prevention (CDC) puts students and staff at risk.” The nasty secretary would send the same letter to other people, All to force himself upon the governors.