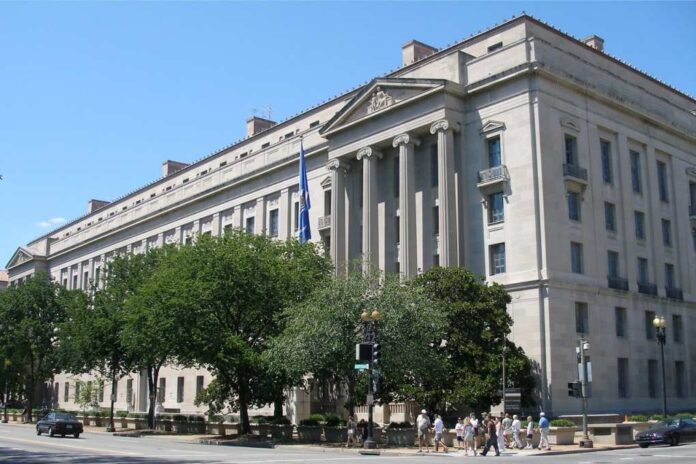 Florida Rep. Matt Gaetz is pushing back against a serious allegation that he has had an inappropriate and illegal relationship with a 17-year-old and he told Tucker Carlson his story on Tuesday’s edition of Tucker Carlson Tonight.

According to Gaetz and The Daily Wire’s report on the ongoing saga, the outspoken Republican is being blackmailed by former Department of Justice official David McGee who attempted to perpetuate an “extortion scheme” against Gaetz and his family.

Gaetz made headlines when it was revealed that he was under criminal investigations for a supposed sexual relationship with a minor.

“I know that there was a demand for money in exchange for a commitment that he could make this investigation go away along with his co-conspirators,” Gaetz claimed. “

They even claimed to have specific connections inside the Biden White House. “Now I don’t know if that’s true, they were promising that Joe Biden would pardon me, obviously, I don’t need a pardon, I’m not seeking a pardon, I have not done anything improper or wrong, but what I am troubled by is the real motivation for all of this.”

It appears that, if Gaetz’s story is entirely true, there is an impressive money-making scheme that includes someone with connections to the president either getting powerful people in trouble, or just targeting those unlucky enough to be on the DOJ’s radar, and offering them a pardon in exchange for large amounts of money.

First and foremost, Gaetz wanted people to know that the accusations against him were untrue.

“It is a horrible allegation and it is a lie,” the Florida Republican said. “The New York Times is running a story that I have traveled with a 17-year-old woman and that is verifiably false.

“People can look at my travel records and see that that is not the case. What is happening is an extortion of me and my family involving a former department of justice official.”

Gaetz then went on to explain that in mid-march his father got a text message from someone who demanded an in-person meeting where he was to ask for $25 million in exchange for the allegation against the younger Gaetz going away.

“Tonight, I am demanding that the Department of Justice and the FBI release the audio recordings that were made under their supervision and at their direction which will prove my innocence and that will show that these allegations aren’t true, they’re merely intended to try to bleed my family out of money.”

Along with further details about the meeting, Gaetz said, “I don’t think it’s a coincidence that tonight somehow The New York Times is leaking this information, smearing me, and ruining the investigation that would likely result in one of the former colleagues of the current DOJ being brought to justice for trying to extort me and my family.”

The lawmaker went on to explain that there was a demand for money that would go toward a commitment to make the investigation to away by this person who claimed to have “connections” inside the Biden administration.

“… obviously I don’t need a pardon, I’m not seeking a pardon, I have not done anything improper or wrong, but what I am troubled by is the real motivation for all of this,” Gaetz said.