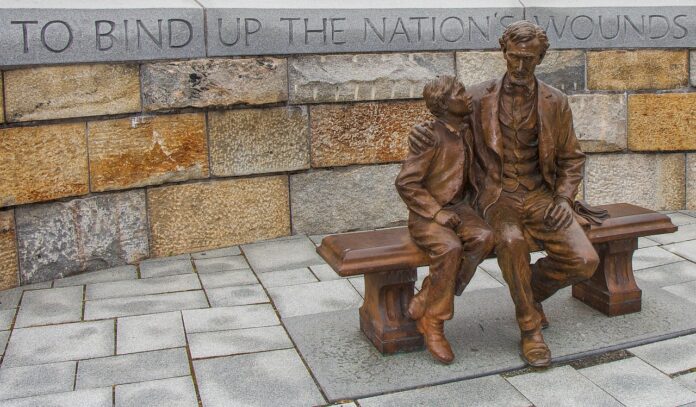 Virginia has a firm place in the history of the United States. It was the home of many of America’s Founding Fathers. But the state will not “celebrate” the 250th anniversary of America’s 1776 founding. They made this decision after a “workgroup” that included officials associated with the United States Army and George Washington museums read a survey that showed that liberals don’t think America’s birth is a cause for celebration.

According to the Fairfax County Semi-quincentennial Work Group, events in 2026 should instead be a “Commemoration” of the date and “a continuum of recent Virginia commemorations—of 1607 and of 1619—that emphasize the challenges, diversity, and dynamism of the Commonwealth.” They also said it should be “an expression of our nation’s movement towards greater justice and equity.”

Wilkening wrote that her “lived experienced is as a white female” and that her “behaviors skew heavily liberal.” She reported research that found that conservatives, which she called “traditionals,” are “non-inclusive.” They are also “blind patriots” who have “generally less engagement with the community” and are “less curious.” She added these generalizations, they “tend to be older, more male, with less educational attainment.”

Wilkening called liberals “neoterics” and are “symbolic patriots” who believe “the United States is a great country… but so are others” or are “not patriotic at all.” She said that members of the last group, who “generally feel that other countries are better,” have the “most inclusive attitudes.”

This survey was commissioned by the government and it found that about 65% of respondents thought the event should be called a “celebration.” But Wilkening ignored the results of her survey and said it should be called a “commemoration” because “[‘celebration’] skewed toward the Traditional Cluster, and the Neoteric Cluster was less enthusiastic.”

It seems that Conservatives were excited about America’s 250th Anniversary, but the report said that planning should be oriented around liberals’ priorities instead, “because the Traditional Cluster is all in any way.”

Wilkening wrote, “For those who had significant concerns about how inclusive events will be, or that the U.S. hasn’t lived up to its values, the word ‘celebration’ can appear to be tone-deaf (or worse).”

The Fairfax Work Group relied on the state consultant’s report and they recommended that the county “Adopt the term ‘commemoration’ as the key identifying term and philosophical foundation for the semi-quincentennial and create and convene an advisory council to support the planning entity and ensure broad and inclusive community awareness and participation.”

The Work Group in Fairfax consisted of nine people, including Julie Almacy of George Washington’s Mount Vernon; Cameron Brumett of The Army Historical Foundation; and Elizabeth Maurer of the National Museum of the United States Army.

One respondent expressed this feeling, “More and more historical places and museums are focusing too much on apologizing for the institution of slavery and not enough on the actual history.”

But the “researcher” made the decision that those respondents’ opinions were driven by “fear,” and the desire for an enjoyable holiday.

The survey made a list of what it said were “America’s Founding Ideals” and it included “diversity.” Then the respondents were asked to choose the most important founding ideals. Less than 30% said that “diversity” was one of their most important values. In spite of the results, those in charge of the survey said that planning for the event should be centered around “inclusivity.”

Most of the reasons to not celebrate America, in the eyes of the consultant, originated from America’s multiculturalism.

One respondent complained that a celebration of America in 1776 would not have enough to do with “Latinx voices.”

Another said they were a “person of color” and replied, “I don’t think America has ever been great or is currently great.”

“Can we call ourselves great when we are a country that was literally built by slave labor and the genocide of the native people?” A third respondent asked.

“Our country was founded because rich white men did not want to pay their taxes,” a fourth said.

“The founding stories are a mythology to uphold white supremacy,” a fifth charged.

Virginia’s consultant report asked this final question: “If we are envisioning such different Americas… how can we come together to commemorate the 250th?”