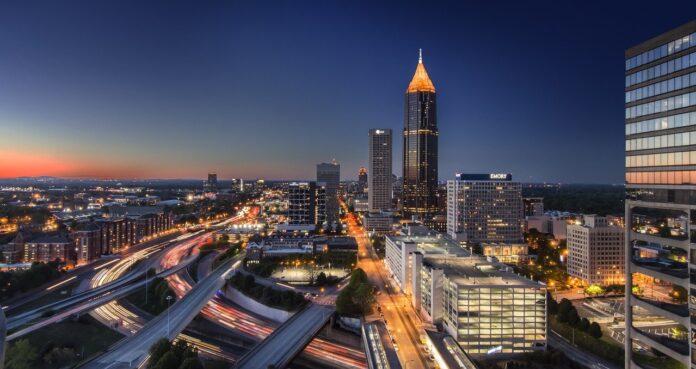 As of late, Georgia has been on everyone’s mind. Newly imposed voting restrictions have state lawmakers backed into a controversial corner. Major League Baseball has weaseled out of hosting their annual all-star game in Atlanta. However, the PGA sees no problem with allowing the good people of Augusta to continue hosting their annual Masters’ tournament.

Major corporations based in Atlanta, including Delta Airlines and Coca-Cola, are speaking out against what they view as an atrocity. Yet other big players pumping serious dollars into the states’ economy, such as Walmart and Comcast, have donated heavily in their efforts at helping the new restrictions become law.

Though Georgia is leading the battle, lawmakers in other states who are pushing to follow suit have received overwhelming support to the collective tune of over $50-million in major corporate donations. In addition to the aforementioned, other heavy hitters in favor of tightening the reins include AT&T, Philip Morris, United Health, Verizon, General Motors, and Pfizer.

Thus far, telecom giant AT&T wins the gold medal for kicking in over $800,000 to the cause. Their donations have been disseminated to the writers of proposed restriction laws, cosponsors of such laws, and nearly any politician who has voted in favor of them or has expressed their willingness to do so.

Mike Tanglis of “Public Citizen, a D.C.-based government watch group, stated in a recent report, “It really is corporate America, as a whole, that is funding these politicians. It seems many are trying to hide under a rock and hope that this issue passes.” Tanglis was referring to the issue of voting restrictions not coming to light until recently though it has been an ongoing behind-the-scenes skirmish since at least 2015.

But Tanglis’ report also said some of the corporations didn’t realize their donated funds were being used to promote voter restrictions, and they aren’t certain if they’re keen on the idea. They were donating to the overall conservative Republican cause and trusting the various lawmaking recipients to do the right thing with the money, but this may exceed their limits.

As a result, the controversy continues. While some corporations are questioning how their donations are being used, others are fully in favor of the restrictions and haven’t blinked an eyelash. Still, a significant majority simply don’t care as long as their money is being used to fight all things liberal. Period.

In a tit-for-tat scenario, Georgia’s Republican-controlled House barked back at Delta over their harsh criticism. The conservative lawmakers raised their hands in favor of reeling in the airlines’ huge annual tax break totaling tens of millions of good old American greenbacks. Because Delta is more or less locked into Atlanta forever and ever amen, they tried hittin’ ’em where it’ll hurt the most.

Georgia’s GOP Senate adjourned their legislative session before having a chance to stamp their seal of approval on “Indian-giving” the airlines’ lavish tax break, so at least for now, Deltas’ liberal-minded executives are still rolling in the clover. But this is all subject to change upon their inevitable return.

The report went on to say, “A contribution of $5,000 to a U.S. senator who is raising $30 million is a drop in a bucket. But in some of these state races, a few thousand dollars can buy a lot of ad time. If corporate America is going to say that (Trump’s) lie is unacceptable on the federal level, what about on the state level?”

The fear is in a liberal avalanche at the statewide level. Corporations that typically support conservative causes within their home states could withdraw funding for particular Republican candidates over this one prominent issue. But this is unlikely to happen considering the following.

Nationally recognized corporations have donated over $50 million to lawmakers who support voting restrictions, in addition to more than 81 Fortune 100 companies that have delved out over $7.7 million. Roughly half of all Fortune 500 companies kicked in a total of $12.8 million, all of them aware of how and where their money was being spent.

In addition to the corporations that favor tougher restrictions, trade associations and industry groups have tossed another $36 million in the conservative hat.

AT&T CEO John Stankey more or less implied how the company would monitor the situation out of a sense of obligation only. “We understand that election laws are complicated, not our company’s expertise and ultimately the responsibility of elected officials. But, as a company, we have a responsibility to engage.” Stankey is intelligent enough to leave the laws up to the experts. It’s what they get paid to do.

One thing is certain, this highly controversial issue is not going away any time in the near future. In fact, the cannons are being loaded for a brutal and long-term winner take all battle. Voting in America should not be a free-for-all.

Every one of Georgia’s imposed restrictions makes perfect sense, which in itself lends the question; Have the corporations voicing their extreme opposition even reviewed them, or did they stop reading at the word “restrictions?”

Besides the bigwig players with plenty of cash to throw around, we wonder how the average everyday red, white, and blue-blooded American feels about all of this. Are dead people and illegals really voting? Is it far too easy to walk into a voting booth?