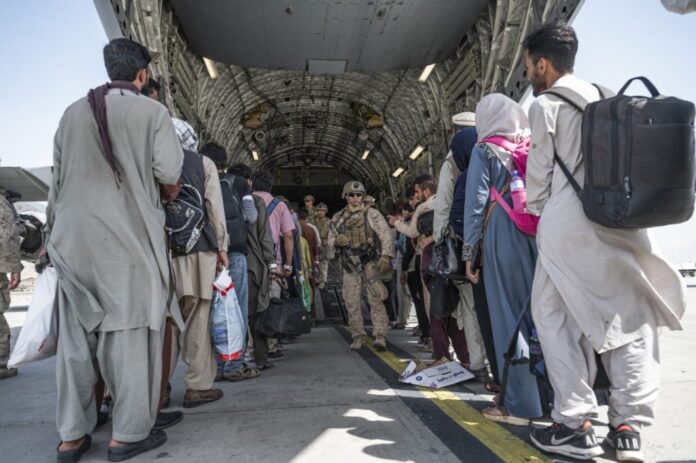 Currently, according to the latest polling from Rasmussen, a clear majority of 59 percent do not believe Biden is doing enough to rescue the 20-plus thousand Americans still stuck in Afghanistan which, thanks to the fact Joe Biden is a doddering old sociopath, is now ruled entirely by our mortal enemies in the Taliban.

On the flip-side, only 28 percent believe Slow Joe is doing enough. In fact, only 46 percent of Democrats believe he’s doing enough.

And now that we know Biden will allow the Taliban to tell us when to leave, on August 31, a mere six days from now, we know countless Americans will almost certainly be left behind.

When asked if they believe the Taliban will take American hostages, an astonishing 76 percent of those polled believe that will happen. Only 14 percent believe otherwise.

Keep in mind this poll was taken before Biden announced he would flee Afghanistan on August 31 and did so even if that means leaving thousands of American citizens behind terrorist lines. It was also taken before the Taliban announced that no more Afghans would be allowed to leave, which means tens of thousands of our Afghan allies are doomed to execution, torture, slavery, or some combination of all three.

What Joe Biden has allowed to happen, this totally unnecessary catastrophe and its long-range ramifications, are impossible to wrap the human mind around.

WASHINGTON, DC – AUGUST 16: U.S. President Joe Biden walks away without taking questions after delivering remarks on the worsening crisis in Afghanistan from the East Room of the White House August 16, 2021 in Washington, DC. Biden cut his vacation in Camp David short to address the nation as the Taliban have seized control in Afghanistan two weeks before the U.S. is set to complete its troop withdrawal after a costly two-decade war. (Photo by Anna Moneymaker/Getty Images)

To abandon tens of thousands of Americans while you run off on vacation, knowing the Taliban are on the march, is the act of a monster.

To first pull out the troops before the evacuation of our people and allies is the act of an uncaring monster.

To leave behind for the Taliban tens of billions of dollars in operational war equipment, to literally arm these monsters and their international terrorist allies, is the act of a traitor.

To ignore Trump’s agreement to exit by May 1 and choose late August instead to win the political victory of leaving Afghanistan near the 20th anniversary of 9/11 is so craven it beggars belief.

To do all this knowing there was no Taliban army in early May, while knowing the Taliban’s fighting season is summer and that had we stuck to the Trump agreement when the Taliban were still scattered, is the act of a man unfit to lead a popsicle stand, much less a nation.