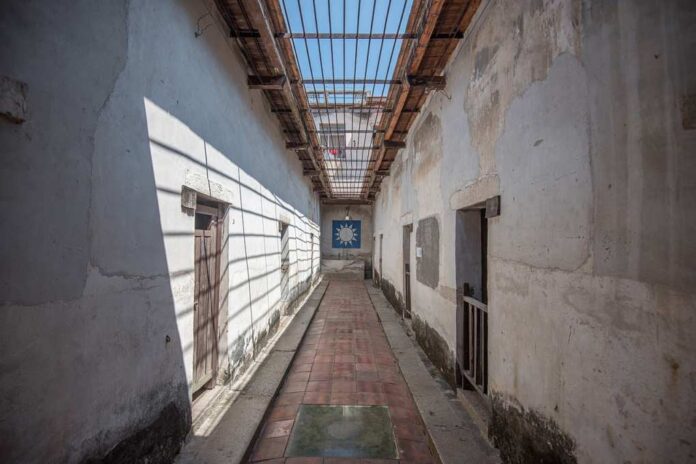 A 23-year-old Chinese woman was abducted from her hotel in Dubai and whisked away to an undisclosed location. She was held for several days at a villa that had been converted into a jail where she was forced to sign some documents or suffer further consequences. Regrettably, she did what was asked of her, and as promised, she was released.

Her captors had not been local Emiratis as one might expect. They were Chinese operatives working in plain sight in Dubai and this was not a strategically planned covert operation. The woman, Wu Huan, was indeed hiding out, but she thought she was safe once she defected from her homeland.

Wu Huan had committed no crime in either country, but because her fiance’ in China had been accused of being a radical dissident, her cooperation was desired. After being forced under threat to sign and attest to some incriminating evidence they claimed to have against her hubby-to-be, they apologized for the inconvenience and sent her on her way. Wu Huan is now seeking asylum in the Netherlands.

But the story only begins here. While being held in a private and secluded cell, Wu heard other voices permeating through the walls. She immediately recognized the one-of-a-kind dialect spoken only by Ughyr Muslims. Since she could only detect a couple of voices Wu has no idea how many of them are there along with other prisoners, and she certainly did not go back to find out.

It’s already known how China operates secret prisons in their own countryside known as “black sites” where the treatment of prisoners has been reported as less than humane. This is where prisoners who cannot be officially charged are held without the benefit of bail or legal representation.

Almost every political prisoner gets to enjoy these luxurious accommodations where their daily needs are never met and torture is the general order of the day. Black sites are almost always disguised as hotels or quaint guesthouses, but in reality, they’re Chinas own Hotel California’s where the guests can never leave.

Wu Huan, one of the few to manage being released from a black site, provided clear-cut evidence of China setting up shop outside of their own borders. And as is overly apparent, Dubai must be okey-dokey with it. This is the first of such sights reported to be on foreign turf, but all indicators say it isn’t the only one, and most likely Dubai isn’t the only country willing to turn its back.

China’s Foreign Ministry spokesperson, Hua Chunying, said Wu Huan is only trying to create turmoil. “What I can tell you is that the situation the person talked about is not true,” he said in an apparent lie to save his own skin should he admit to China’s wrongdoing.

Dubai Police, doing what good friends do, claim Wu’s accusations are false. They say Wu and a friend left Dubai three months ago of their own accord and were never detained by anyone.

The Dubai government has been quick to issue the following statement. “Dubai does not detain any foreign nationals without following internationally accepted procedures and local law enforcement processes, nor does it allow foreign governments to run any detention centers within its borders. Dubai also follows all recognized global norms and procedures set by international organizations like Interpol in the detainment, interrogation, and transfer of fugitives sought by foreign governments.”

Wu said it’s impossible for her to give the exact location of the prison but reporters from the AP are investigating what they have to go on. Thus far the stamps on her passport coincide with her story, as do a couple of phone texts. One was where she sought the help of a pastor, and another was sent to a Chinese government official.

Whether this and any additional evidence will be enough to make China and Dubai admit to their wicked ways remains to be seen. As of now, it remains in “he said, she said” limbo, but we’re placing on our bet on Wu no matter the outcome.