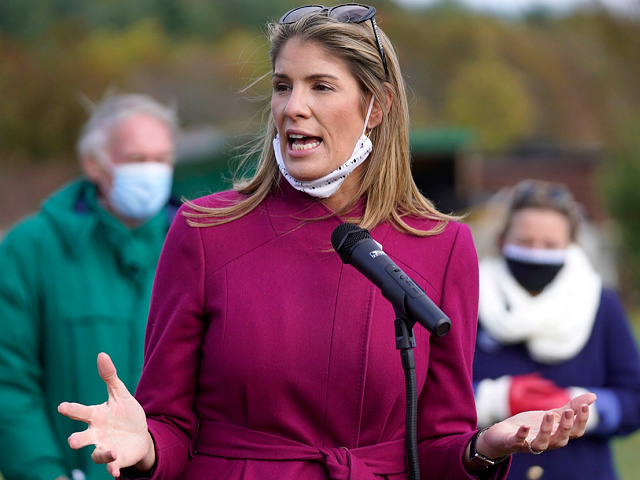 The three Democrat Reps. Lori Trahan (MA), Debbie Wasserman Schultz (FL), and Kathy Castor (FL) are being accused of not disclosing “financial disclosure reports that provide a ‘full and complete’ statement of the Member’s assets, debts, and income,” which violates Federal law and House Ethics rules.

Members are supposed to file “full and complete” statements of the member’s and their spouse’s assets, debts, and income as well as file “periodic reports” when transactions are made that exceed $1,000. Every member is required to do so within 30 to 45 days of the transaction.

FACT Executive Director Kendra Arnold said in a statement that this is not one of the rules that are hard for members to follow:

Any violation of the financial reporting requirement is a serious breach of House ethics rules and federal law. The law is abundantly clear and there are no excuses for any member not to comply. There is nothing new about these requirements which are well-known to public officials, and it is their duty to affirmatively ensure compliance. This required transparency is the only mechanism for citizens to monitor conflicts of interest or self-enrichment. The OCE must investigate immediately and impose the proper sanctions including fines and penalties if these members are found in violation.

The watchdog organization noted the three Democrats “failed to report the purchase and selling of stocks within the required time frame,” having finally disclosing them months after the deadlines. The press release stated:

“Rep. Trahan sold up to $15,000 in the software company Stella Connect. Trahan failed to properly disclose this transaction that took place on September 10, 2020 according to her recent filing. She finally disclosed the sale on July 27, 2021–over ten months late.”
“Rep. Wasserman Shultz purchased up to $15,000, and her dependent child purchased up to $45,000, in a telecommunications-product company called Westell Technologies in October 2020, but she did not disclose the trades until July 2021.”
“Rep. Castor’s latest congressional records show that she failed to disclose within the prescribed 45 days up to $45,000 worth of Berkshire Hathaway Inc. stock she acquired in June and July of 2020. She ultimately disclosed those purchases on July 27, 2021.”

All three letters added that “There is no excuse for late filings and every violation has consequences,” noting the OCE is responsible for making sure each congressional member lives up to the public trust they have while being in office and to comply with all of the ethics standards from the House.