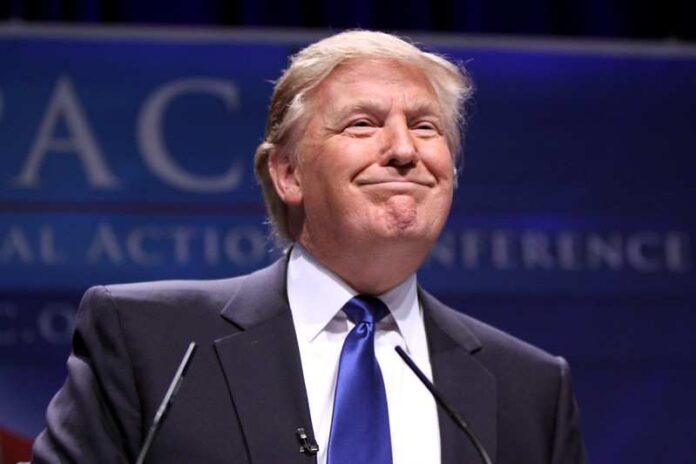 Former President Donald Trump once again flexed his leadership muscle on Easter when he reiterated his disgust with those who are standing against the Georgia election reform bill proposed by Republicans.

“Happy Easter to ALL, including the Radical Left CRAZIES who rigged our Presidential Election, and want to destroy our Country,” Trump wrote, according to The Daily Caller.

Our former president spoke out earlier on April, 2 encouraging the boycott of the Major League Baseball (MLB), Coca-Cola, Delta, and other corporations which are openly opposing election reforms enacted by Republicans in Georgia, according to The Epoch Times.

“Baseball is already losing tremendous numbers of fans, and now they leave Atlanta with their All-Star Game because they are afraid of the Radical Left Democrats who do not want voter I.D., which is desperately needed, to have anything to do with our elections,” Trump wrote in a statement released by his Save America political action committee according to The Epoch Times. “Boycott baseball and all of the woke companies that are interfering with Free and Fair Elections. Are you listening Coke, Delta, and all!”

This reaction was solicited by the MLB’s Friday announcement that it plans to move its All-Star game from Atlanta to protest the election reform package Republicans passed in March. According to MLB Commissioner Robert D. Manfred Jr., the decision was their way of attempting to “demonstrate our values as a sport.”

Neither MLB, Coca-Cola, or Delta responded to EP’s request for comment.

“Georgia Gov. Brian Kemp, a Republican, signed a package of election reforms into law last month which expanded voting hours and access to early voting,” the EP reported. “The new law also requires absentee voters to provide a copy of their ID alongside their ballot, something the state had already required for in-person voters.”

The state of Georgia is one of six states where Trump attempted to overturn the 2020 election results. The state did certify President Joe Biden as the winner after several recounts, despite no judge ever hearing the evidence compiled by the Trump legal team.

The former president claimed that the election in Georgia was tainted by fraud and the rules in place were unconstitutional.

Just before the boycott message the former president also released his statement about election fraud in connection with the most recent presidential election:

“Why is it that every time the 2020 ELECTION FRAUD is discussed, the Fake News Media consistently states that such charges are baseless, unfounded, unwarranted, etc.? Sadly, there was massive fraud in the 2020 Presidential Election, and many very angry people understand that. With each passing day, and unfortunately for the Radical Left CRAZIES, more and more facts are coming out,” Trump said “Other than that, Happy Easter!”

The left hotly objects to any election reform including the current president who spoke out on March 31 in support of the MLB’s boycott of the Republican supported legislation:

“I think that today’s professional athletes are acting incredibly responsibly. I would strongly support them doing that,” Biden said. “People look to them, they’re leaders. Look at what’s happened with the NBA as well. Look at what’s happened across the board. The people who’ve been victimized the most are the people who are the leaders in these various sports and it’s just not right.”

According to EP, Georgia Gov. Kemp said it was “obvious” that neither the president nor his advisers made themselves familiar with the bill before speaking on it:

“It is obvious that neither President Biden nor his handlers have actually read SB 202, which I signed into law yesterday,” Kemp told The Epoch Times via email on March 27 referring to the bill by its legislative ID number. “This bill expands voting access, streamlines vote-counting procedures, and ensures election integrity.”

Exclusive — Sen. Rand Paul: Congress Has to Borrow from China to Send $40 Billion in Aid to Ukraine