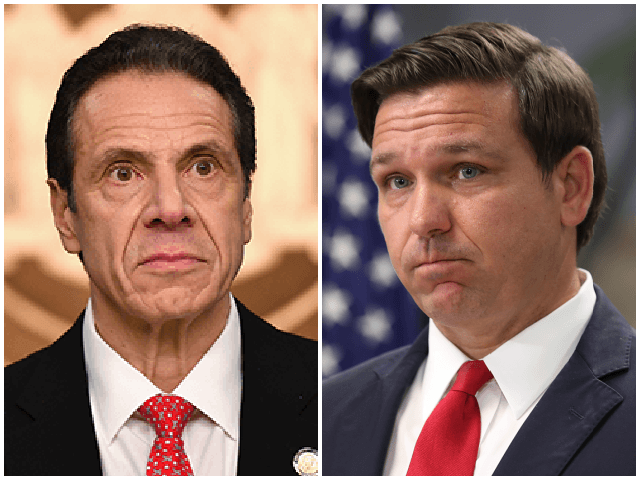 On Wednesday’s broadcast of the Fox News Channel’s “Fox News Primetime,” Florida Gov. Ron DeSantis (R) said the media viewed former New York Gov. Andrew Cuomo (D) as “an anti-Trump” and “had they been doing their jobs back in March of 2020, some of these nursing home policies may have never been able to be sustained.”

DeSantis stated, “I think a lot of it was corporate media. I mean, politicians are going to do what they want. But you go back to when he was being lionized, Jesse, at the beginning of this, we all had to make the decision about how to handle nursing homes. Florida, we prevented, prohibited hospitals from discharging a sick nursing home patient back into nursing homes. Because we understood the hazard that that would have. Obviously, New York and other states made different decisions. The corporate media never talked about that or cared about that, even though that’s a decision that had a direct impact on the lives of a lot of very elderly people. And so, I think the media looked at somebody like Cuomo and thought it was an anti-Trump and I think that they were very much interested in weaponizing COVID against Trump. Trump was their villain and Cuomo was kind of their hero. Obviously, it doesn’t necessarily work out for them in that regard. But at the end of the day, had they been doing their jobs back in March of 2020, some of these nursing home policies may have never been able to be sustained.”