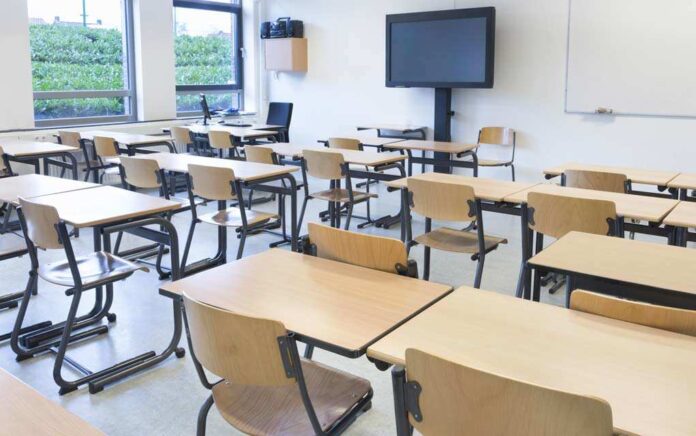 The dirty Democrats want to staple facial diapers to everyone’s face to prepare them for the Islamic takeover event. Joe Biden and his squad of women favor eastern terrorists. They hate America and everything the country stands for. They intend to use the virus excuse as a means to keep people masked up. And their target of choice is the children.

Liberals claim to look to science as they make their decisions. But their feelings always get in the way, and they end up making rash decisions. Their interpretation of the facts is skewed and flawed because of the way they feel. Rational thought escapes their thinking.

Science tells the world that kids are the least likely to contract the virus in society. On rare occasions, the virus attacks a child but not as a general rule. Older people and adults are more susceptible to coming down with it. The Democrats fight dirty by trying to control and brainwash young people of all ages. But the liberals need the younger generation to grow accustomed to wearing the masks, so they no longer question or fight the Democrats on whether they are needed or not.

The study of the spread of COVID-19 in the classroom is of interest to people that genuinely follow the science. David Zweig had noted that regarding the study, “A few major news outlets covered its release by briefly reiterating the study’s summary: that masking then-unvaccinated teachers and improving ventilation with more fresh air were associated with a lower incidence of the virus in schools.”

The report pointed out that with all filters and filtration devices used in school, none of them proved to be effective. And yet, significant organizations around the world seem to have conflicting results as to how the masks affect the kids.

The demonic Democrats do not care about how facial coverings affect the learning and development of kids on a mental level. The World Health Organization stands in opposition to the Center for Disease Control. The WHO maintains that facial covers hurt the development of younger kids.

Children grow in more than one way. They grow mentally and socially by interacting with other kid’s facial expressions. They must learn how to interact with how others are looking at them. They need to see the smiles and looks of approval from their teachers and their friends to build a sense of confidence in life. Without that confidence, they will not be able to interact well with others as they get older.

The author of the report went on to note that “Over the course of several weeks, I also corresponded with many experts — epidemiologists, infectious-disease specialists, an immunologist, pediatricians, and a physician publicly active in matters relating to COVID — asking for the best evidence they were aware of that mask requirements on students were effective. Nobody was able to find a data set as robust as the Georgia results — that is, a large cohort study directly looking at the effects of a mask requirement.”

The liberals would love to keep facts of completed studies away from the public, especially when the information contradicts their universal plan of domination and control.

Democrats refuse to listen to people like Lloyd Fisher, the president of the Massachusetts chapter of the American Academy of Pediatrics. He stated that it is very “important for children to see facial expressions of their peers and the adults around them in order to learn social cues and understand how to read emotions.”

The liberals will never tell the truth that the survival rate of children is 99.99 percent of those that contract the virus. Making an issue out of the kids not wearing masks is simply a matter of control for them. They need to grab power where they can. And they are willing to hurt any person along the way.

The price to pay for forcing a kid to wear a mask is not worth the short-term gains. There is no proven study that shows that mask-wearing stops the spread of the COVID virus. All it does is empower the Democrats to continue their reign of control over people.