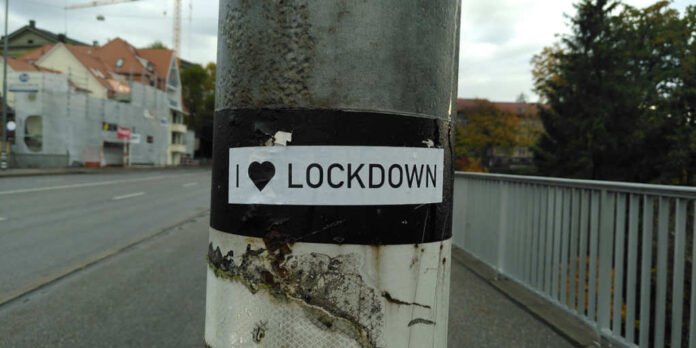 The constant attack by the liberals regarding the COVID virus is worse than the infection itself. Liberal leaders in Mississippi tell people that if they test positive for the virus and refuse to isolate at their homes, they risk fines of $5,000 and prison time. They are willing to violate Constitutional freedoms all because the liberals are afraid of a virus.

The insanity behind the restrictions has reached new heights. They had failed to bribe and encourage people to follow their insane lead, so now they are resorting to force. Dr. Thomas Dobbs, the State Health Officer, released the new order stated, “infected with COVID-19 must remain in the home or other appropriate residential location for 10 days from onset of illness.”

The Democrats are using the same tactics that the communist dictator in Cuba used to stop the protests and riots. He used force and mass arrests to stop people from trying to overthrow his regime. The only action missing from the Democrat’s use of force is killing people in the streets. Prison time is just under that method of force.

The very notion that the liberals are threatening to throw people in jail is all-new low for them. Any person that imprisons another because they are sick has a messed-up head.

Dobbs noted that anyone with a positive test would have to sit at home for the entire ten days. And for them to get out of their home, they must be fever-free for 24 hours and not have the severity of symptoms they had while sick. The part of this law that makes no sense is that there is no one to monitor the isolated.

Dobbs pointed out that college students cannot even be on the school campus while sick. That means anyone that is sick will have to find another place to spend their ten days.

There is no mistake that the Democrats have crossed a line from which they cannot return. To exert force to get people to quarantine at home is a horrible form of socialism. Those forced to stay at home cannot contact family, or anyone saves those that will tend to their needs while in isolation.

People must stay in one room in their homes and wear a face mask if others are present in the house. The liberals have found a way to force private homeowners to mask up in their own homes. Dobbs stated that “Please stay in a specific room away from others in your home. Use a separate bathroom if available. If you need to be around others in your home, you should wear a face mask.”

There has been no guidance on how law enforcement would know that anyone has tested positive with the virus unless private health information was released illegally. The Democrats will have to break HIPPA laws to enforce this new regulation.

The nasty media also reports that the state has the highest infection rate again and the lowest vaccination rate. Their reports contradict their other reports that the vaccine is not effective against the new variants of the virus. They tell one tale and invent another while denying the truth.

The sad liberal takeover of Mississippi is also found in how they are mandating that all staff and students get the vaccine at the trauma center. The previous policy allowed people to reject the vaccine as long as they wore the mask.

TheThe liberals maintain that the virus is out of control again in the state. And now they want to force people to do what they say to beat a virus that cannot be contained. They are living and promoting lies while grabbing power all along the way.