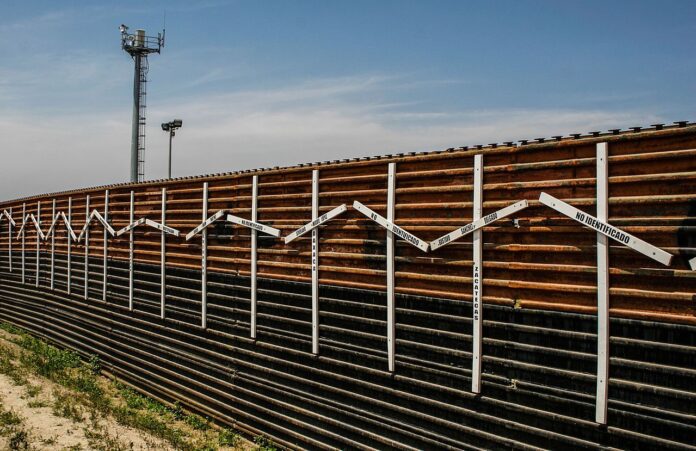 The reality is that border walls work. It makes it so that people can’t enter a country where they don’t belong. Poland has seen what the U.S. is dealing with in terms of migration. Since we stopped building our wall, it leaves us vulnerable and exposed.

Poland doesn’t want to make the same mistakes. So, they’re building a wall.

Hungary, Lithuania, and Greece have already built walls on their borders for the same reason – to stop a surge of migrants from Africa, the Middle East, and South Asia.

During the 2015 migrant crisis, Hungary was able to slash illegal immigration like no other country. Why? They constructed border fences to make it nearly impossible for illegal migrants to rush into the country.

Greece suffered significantly with the migration – and mostly because people were coming in by sea. During the Turkish regime in 2019, migrants began to head to the country. To avoid a similar fate as it did in 2015, Greece began focusing on its own land border.

Lithuania was not one to be outdone. With Belarus having the issues that it is under the Lukashenko regime, complete with smuggling Iraqi migrants across the border, Lithuania knew that it, too, needed to have a stronger border wall.

Poland borders Belarus and is starting to experience the same problems with migration. Afghan migrants and other foreign nationals are showing up at the Polish border with guns. To avoid too much violence and too much illegal immigration, the border wall will put an end to it.

Poland’s Minister for National Defense explained on social media that they would be constructing “a new 2.5 m high solid fence will be built on the border with Belarus.”

Why is it that Poland and others in the European Union understand that a border wall makes the most sense when wanting to stop a group of migrants from entering the country illegally?

The moment that Poland realized they had a threat at their borders, they created a plan. Not only will they construct a solid fence to serve as a border, but they’ll also be bringing in more soldiers to help with the Border Guard. It’s a strong effect to go up against the migrant surge.

The reality is that the U.S. could do the same thing – but the Biden administration would actually want to stop the migration. They make a show of wanting to do something and feign concern. However, they’re allowing the migration because they put a stop to the border construction that was already underway and already funded.

There’s a big difference between what’s happening in North America versus in the European Union. Biden wants to pretend as though we’re friends with Mexico and all of the Central American countries. Therefore, he’ll take everyone who is entering the country illegally because it’s the friendly thing to do.

Tension has been building between Poland and Belarus for decades. There are no niceties being taken because Poland knows that Belarus is a threat and will deal with that threat in the best way possible.

Poland isn’t going to be bullied. They’ve tried playing nice and have even granted asylum to various Belarusian residents. However, it will not stand for an outright free-for-all at the border.

It’s nice to see that countries do still stand their ground. They do know how to avoid being bullied. Now that Poland has learned what not to do from us, perhaps we can learn what we can do from them.