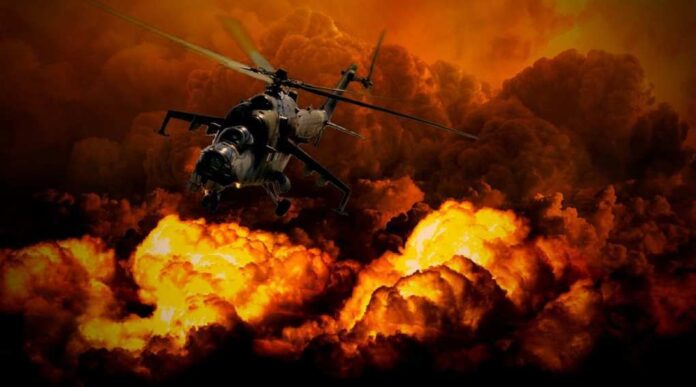 The Middle Eastern nation of Iran has long been a thorn in the United States and most other Westernized countries’ side due to their current leaders’ penchant for violence and human rights abuses. It is for this reason that the rest of the world, with the US usually leading the charge, has treated Iran as an unruly teenager in need of constant supervision and regulation.

It’s why the US entered into the ill-planned 2015 Iranian nuclear deal, known as the Joint Comprehensive Plan of Action or JCPOA, to begin with.

Of course, like any teenager wanting to prove that they know best, Iran has bucked under the reins of US sanctions on numerous occasions, only to come crawling back and promise to behave in favor of monetary incentives.

As you likely know, former President Donald Trump ended the United States’ participation in JCPOA, claiming that it would do no good and Iran would never follow the rules the rest of the world abides by. Essentially, he emancipated the unruly child, allowing them to make their own mistakes and alone be responsible for them as far as the US is concerned.

Biden doesn’t exactly have the same parenting style, though, does he?

And so, nearly as soon as he was put into the White House, he decided that JCPOA should be renegotiated to again include the US. But Iran isn’t so willing to give up their newfound freedom, no matter what it will get them in return.

A now, we’ve just learned that they might have produced enough uranium to finally make their own nuclear weapons and potentially blast their concerned parental figures off the face of the earth.

According to The Associated Press, the United Nations’ watchdog, the International Atomic Energy Agency, has reported that Iran is producing well over the amount of uranium allowed per the 2015 JCPOA agreement, and it won’t be long before they have the capabilities to create a fully operational and armed nuclear warhead.

Per the 2015 agreement, Iran is supposed to have no more than 300 kilograms (660 pounds) of low-enriched uranium. Instead, they now have more than that. But that’s not even the worst news.

While the low-enriched uranium stockpiles are definitely something to take note of, it has also been reported that the nation is creating uranium that has a 20 percent purity. They already have some 200 grams of it.

Again, this is below weapons-grade and therefore can’t be used to actually make nuclear weapons. However, it can be used in research reactors and such.

Furthermore, the nation has been making smaller amounts of 60 percent enriched uranium, which has no real application except to be used in weapons.

In addition, the nation’s “breakout time” or the time it would take them to make or obtain enough fissile material for at least one nuclear device has decreased significantly.

As BBC reported in April, “The US-based Arms Control Association (ACA) said that once Iran had accumulated 170kg of 20%-enriched uranium, it would be able to produce one bomb’s worth, or 25kg, of uranium enriched to weapons-grade in less than two months.”

That breakout time used to be at more than a year.

As the outlet continued to report, the Middle Eastern nation had about 17kg of 20 percent enriched uranium as of mid-February. And it was making plans to produce no less than 120 kg more by the end of 2021, in addition to “producing nine grams per hour of 60%-enriched uranium.”

Suffice it to say that the unruly child is making major plans to be forever out from under anyone’s thumb.

And there’s little Biden can do about it, except to continue to hold sanctions over the nation, which are clearly working just about as well as a slap on the wrist.

It certainly couldn’t come at a worse time for Biden, as he is also trying to repair diplomatic ties with nearly the entire world after failing miserably in Afghanistan. And the humiliation just continues to grow…