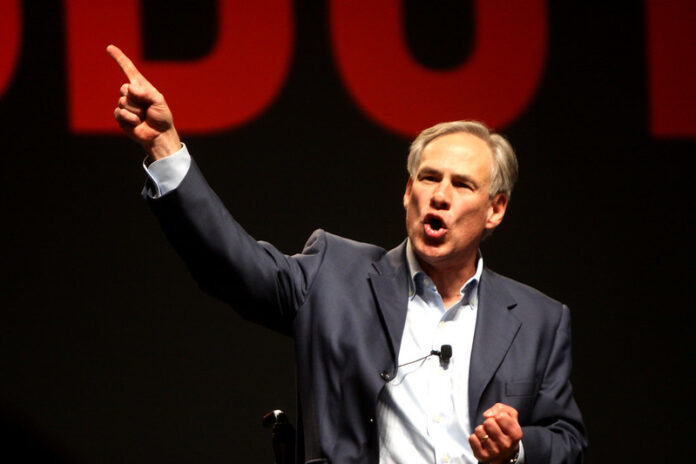 In a move that is sure to make many liberals cry many tears, Governor Abbott has decided to take an important first step against the advancing mask and vaccine gestapo. The Democrats love these new rules because they can force people to make decisions that they do not want to. Abbott is standing firm, though.

The governor believes that mask mandates and vaccine passports are a direct infringement on citizen rights and he is 100 percent correct on that one. The Hill has more about his important announcement. Abbott had plenty to say about the matter:

“Every day, Texans are returning to normal life as more people get the safe and effective COVID-19 vaccine. But, as I’ve said all along, these vaccines are always voluntary and never forced,” Abbott said in announcing the executive order.

“Government should not require any Texan to show proof of vaccination and reveal private health information just to go about their daily lives,” he added. “That is why I have issued an executive order that prohibits government-mandated vaccine passports in Texas. We will continue to vaccinate more Texans and protect public health — and we will do so without treading on Texans’ personal freedoms.”

This is what people are looking to hear right now but no one seems willing to say it….except for governors like Abbott. Before anyone has a chance to say anything, we are here to state the obvious. Abbott is not an anti-vaxxer. He’s already received his shots and he was transparent enough to get it done on camera. He wants everyone to get vaccinated and he is not shying away from that point of view.

He would rather give people the latitude to make the decision on their own, though. That’s what a good leader does. They do not try to impose their beliefs on anyone else. Abbott is not doing an about-face on this subject. This is how he has conducted himself throughout the process.

Texans shouldn’t be required to show proof of vaccination & reveal private health information just to go about their daily lives.

I issued an Executive Order that prohibits government-mandated vaccine passports in Texas.

Abbott also prides himself on being ready and willing to share any and all statistics that are designed to assuage the fears of Texas residents. Here’s a prime example of the types of tweets that he is known to send out into the world:

“338,390 Texans got a Covid shot today. Even better, Covid hospitalizations dropped to a 9-month low–to the lowest they have been since June 17th of last year. The high number of vaccinations & low hospitalizations are related. Vaccines will always be voluntary, never forced,” said Abbott recently.

This is a governor who is not worried about putting pressure on his constituents. He is trusting them to make the right decisions on their own, which is a pretty novel idea, right? So far, the vaccine passports do not seem to be gaining very much traction. New York is currently the only state that has them but the capacity is very limited. If we had to guess, it won’t get far there either.

Cuomo is already legalizing recreational marijuana and opening more businesses to distract from his pile of sexual assault allegations. We cannot see him putting his foot down on something that is sure to anger lots and lots of people. There are some who are probably wondering what Dr. Fauci has had to say about all of this. He did not let us down.

“I doubt that the federal government will be the main mover of a vaccine passport concept,” Fauci said. “They may be involved in making sure things are done fairly and equitably, but I doubt if the federal government is gonna be the leading element of that.” Even he is smart enough to know that vaccine passports are going to be an absolute nonstarter.

Florida governor DeSantis has issued similar statements in the past and we are glad that these men are standing for what is right. The liberals may believe that they can throw their weight around but nothing is further from the truth. Kudos to DeSantis and Abbott!