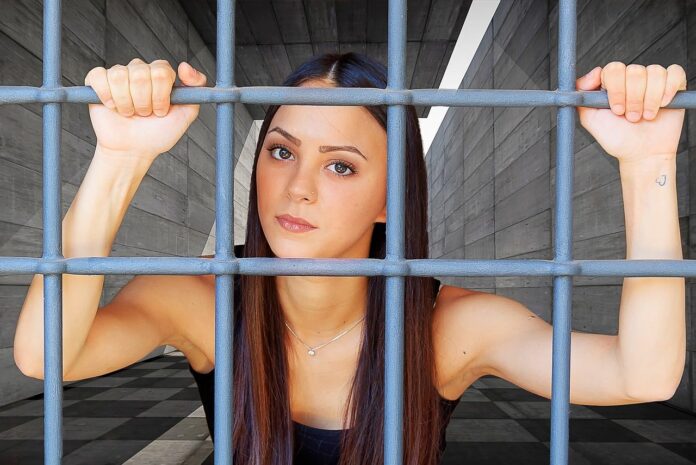 As possibly the most liberal state in the country, California has remained true to form. Thanks to Democratic state governor Gavin Newsom, inmates can now choose where they get to serve their time. Newsome signed a bill into law that requires all prisoners to be placed in a “correctional facility designated for men or women based on the individual’s preference.”

As the determining factor of where a prisoner will be housed, officials must now ask each new inmate if they identify as transgender, nonbinary, or intersex. In other words, male, female, or earthworm. It’s totally their option. Those already in lock-up can request a transfer to a more appropriate facility, and so far, 261 men have raised their hands. How these men actually identify is anyone’s guess, but hey, this is the opportunity of a lifetime. And for most of these guys, it’s been a while…

Inmates don’t have to answer the question, but if they choose to, the prison staff must then cordially address them by the title of their choice. Miss, Mister, or it. These society misfits deserve respect and by God, they’re going to get it.

As ridiculous as this law is, California isn’t alone. Similar legislation has already been passed in Connecticut and Massachusetts and is highly anticipated to become law. Liberal lawmakers in Michigan and Oregon are pushing to follow in California’s footsteps and Washington state is keeping a keen eye on things before taking a similar leap.

Since California passed the new law in January, not one single prisoner has been denied their request, though two of them later changed their mind. They spoke their identities into existence, and it was so easy to do. Though the actual transfers are just beginning to take place, life behind bars is to immensely improve for them with the introduction of co-ed dorms.

It’s reported that there are currently 1,129 California inmates who self-identify as transgender, non-binary, or intersex. The majority of them are quite content where they are or have developed serious relations with other inmates who they don’t wish to leave.

When the L.A. Times spoke with some inmates at the Chowchilla facility about the new law they were told to warn the women that “the men are coming.” Not one of the inmates denied that sexual violence is bound to erupt, and they all agreed that some of the male inmates lied just to get in with the women. Especially those serving long sentences who have nothing to lose.

Thornton was pressured into answering how this ludicrous law isn’t going to create far more trouble than it’s worth. As a cop-out, he pointed to the rule book.

“CDCR’s classification process includes a thorough review of the incarcerated person’s history prior to and during incarceration, their crime, arrest and criminal history, trial and sentencing documentation, medical and mental health needs, custody level, time to serve, safety concerns, and other factors including security and program needs. Medical and mental health care staff members are part of this process.”

While this might sound good on paper, please remember that prisoners are known con-artists. Blazing through the rules is a cakewalk. Many of their crimes required more thought than this.

California’s prison guidance further states, “Information documented includes their age, disabilities, gender identity, personal and criminal history, prior incarcerations, prior incidents of victimization either in custody or in the community, and convictions for sex offenses. Based on the information gathered in the PREA Screening Tool, an inmate will be given one of three designations: at risk as a victim, at risk as an abuser, or not identified as being at risk. Inmates at risk as a victim cannot be housed in a cell with an inmate identified as being at risk as an abuser.”

These are prisoners. Bad people who do, or have done, bad things to good people. But hey, it’s California, and their residents deserve only the best.

Now it’s time for you to sound off. Tell us how you “really” feel about this. We’re thick-skinned.