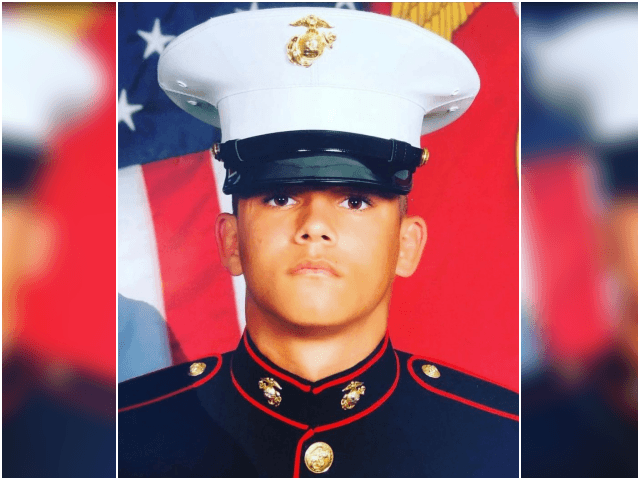 As Breitbart News reported, the Islamic State – Khorasan Province (ISIS-K) claimed responsibility for two suicide bombings in Kabul that killed 10 U.S. Marines, one U.S. Navy medic, and another two service members along with at least 90 others and has left at least 150 others wounded.

Among those killed was young U.S. Marine Kareem Nikoui of California. Nikoui had been deployed to Kabul as part of Biden’s withdrawal from Afghanistan that has been called “recklessly negligent,” “an absolute tragedy,” and “heartbreaking” as the Taliban quickly took control of the country.

Nikoui’s father, Steve Nikoui, told the Daily Beast that he feels like Biden “turned his back” on his son Kareem.

“They sent my son over there as a paper pusher and then had the Taliban outside providing security,” Steve Nikoui said. “I blame my own military leaders… Biden turned his back on him. That’s it.”

President Joe Biden walks away without taking questions after delivering remarks on the worsening crisis in Afghanistan from the East Room of the White House on August 16, 2021, in Washington, DC. (Anna Moneymaker/Getty Images)

Steve Nikoui also said he felt more secure in his son’s safety when former President Donald Trump was in office after he joined the U.S. Marines, saying, “I really believed this guy didn’t want to send people into harm’s way.”

This month, a State Department cable obtained by the Wall Street Journal revealed that Biden and his top State Department officials were warned that the Taliban would take control of Afghanistan under their plan to withdraw U.S. Armed Forces by August 31.

The fall of Afghanistan to the Taliban came even as Chairman of the Joint Chiefs of Staff Gen. Mark Milley claimed in July that “the Afghan Security Forces have the capacity to sufficiently fight and defend their country.”

Quickly after Biden started withdrawing troops from Afghanistan, the Afghan Security Forces, which the U.S. and military allies had spent years of training with, fell to the Taliban.