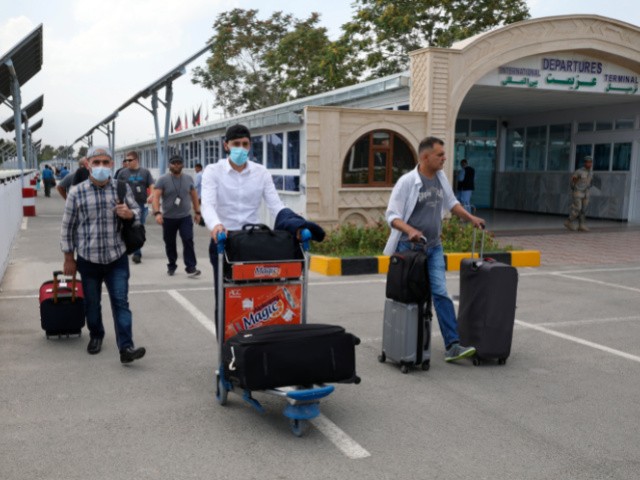 White House press secretary Jen Psaki spoke about whether the United States could commit to getting Americans and Afghan allies out of the country — even after the August 31 withdrawal date for American troops – during the daily briefing.

“I don’t think we can guarantee,” Psaki said.

When challenged about her assertion, she said her answer applied to “individuals who are still there because they’re not prepared to leave.”

“Just for clarity,” she added to reporters. “I know you care about context.”

But Psaki’s answer is a contradiction of Biden’s promise during a speech to Americans on Sunday.

“[L]et me be clear, any American who wants to come home, we will get you home,” he said during a speech about evacuations in Afghanistan.

This is similar to Biden’s own words during an exchange with reporters after his speech on Afghanistan on Thursday, as he tried to walk back his promise.

“Getting every single person out is — can’t be guaranteed to anybody because there’s a determination, all who wants to get out as well,” Biden said, when asked about Americans who would likely get left behind in the country after the military left.

Biden added that no country in history had ever made that promise.

“Look, I know of no conflict — as a student of history — no conflict where, when a war was ending, one side was able to guarantee that everyone that wanted to be extracted from that country would get out,” he said.

He argued that Americans would understand if he was unable to get everyone out.

“Think about it folks,” he said. “And I know American people get this in their gut.”