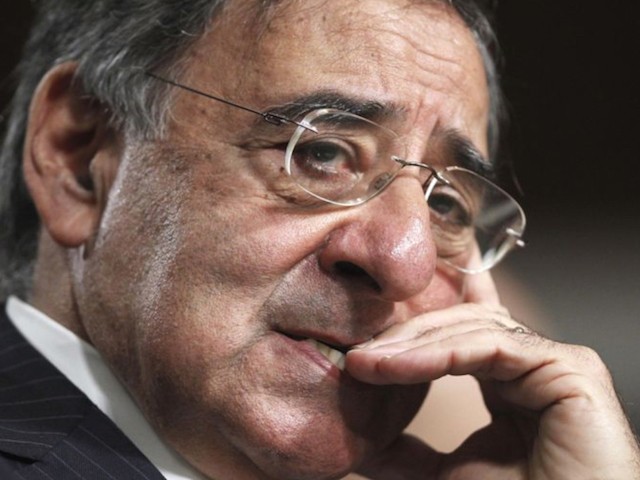 A transcript is as follows:

ERIN BURNETT: So [Biden] is sticking with the August 31st deadline. He’s made it clear that even after that they’ll do whatever they can, but he’s sticking with it. He is not extending it and that it “is what it is,” is what he says. Do you agree with that? Is it right to stick with this August 31st date?

DEFENSE SEC. PANETTA: Erin, bottom line is that our work is not done in Afghanistan. I know we’ll be removing our troops by a certain date, but the bottom line is our work is not done. We’re going to have to go after ISIS. I’m glad the president said that we’re going to hunt them down and make them pay a price for what they did in killing our warriors and we should. We’re going to have to go back in to get ISIS. We’re probably going to go have to go back in when al-Qaeda resurrects itself as they will with this Taliban. They’ve gave safe haven to al-Qaeda before. They’ll probably do it again. I understand that we’re trying to get our troops out of there, but the bottom line is we can leave a battlefield but we can’t leave the war on terrorism which still is a threat to our security.

BURNETT: Does that, I mean, the president today vowed, as you say, to hunt down those behind the attack at the time and place of America’s choosing, he said all those words. But, basically it sounds like what you’re saying is that’s going to require putting more people back in Afghanistan, which is the opposite of what he wants to do.

PANETTA: What we’re going to be doing is counterterrorism operations. We’re going to have to go after those that are responsible. I think we have pretty good intelligence on the leadership of ISIS. I think there’s a pretty good chance we can identify who is involved with this attack.