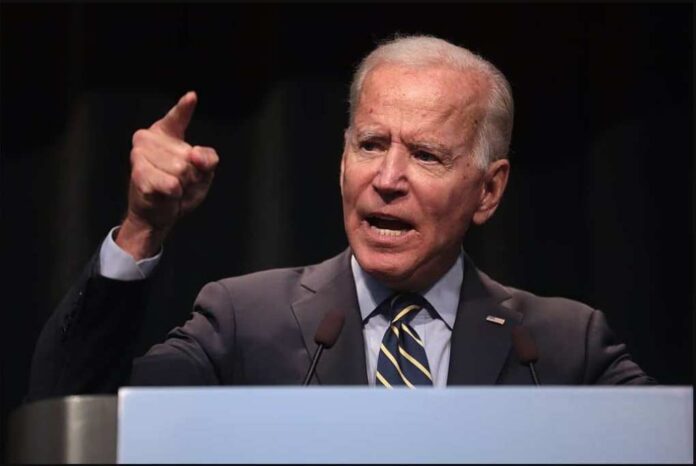 President Biden has said that he expects the evacuations to be completed by the August 31 deadline. That’s all well and good that we’ll be done with Afghanistan…but will everyone actually be out?

When you hear Biden speak, he talks only of Kabul. The other provinces have fallen to Taliban rule and there is no U.S. military support there. All of the evacuations happening are out of Kabul because that is where the Taliban is able to keep a close, watchful eye over us.

Kabul is in the northeast part of the country. Americans were scattered all over the country for various reasons – military missions, press, and more. It’s nearly impossible to travel to Kabul without coming across members of the Taliban or ISIS-K. This means that Americans may not actually get to Kabul so that they can be evacuated. Those who might be in Herat, Kandahar, or elsewhere may be waiting for other evacuation methods.

In a nationwide speech, Biden explained that “Every day we’re on the ground is another day we know that ISIS-K is seeking to target the airport to attack U.S. and allied forces, and innocent civilians.”

Although we’re still within our August 31 deadline, there have been gunfights breaking out near the airport. The Taliban is only working with us so much – and if we try to take things too far, we risk the shaky relationship deteriorating quickly.

As we evacuate, we’re not just taking Americans with us. We’re also taking a significant number of Afghans. And as  Taliban spokesman Zabihullah Mujahid has said, they won’t let Afghans be taken out of the country past the self-imposed deadline by the U.S.

There’s one big problem that Biden doesn’t want to address. Tens of thousands remain inside the country – many of whom are American citizens. It doesn’t matter that we’re pulling out approximately 20,000 individuals per day – especially if we’re only pulling them out of Kabul.

If we remain solely focused on Kabul, we will be leaving people behind. Those in other parts of the country are terrified to make the journey. There are simply too many outside advocates that have shared footage of Americans being beaten in the streets.

It seems that the voice of reason has come from a very unusual source – House Intelligence Committee Chairman Adam Schiff. The Democrat out of California said it was “very unlikely” that everyone wishing to escape Taliban rule would be able to get out of the country by the August 31 deadline. He told reporters, “It’s hard for me to imagine all of that can be accomplished between now and the end of the month.”

Biden says that he’s confident that the deadline can be met. However, he also said that he’s spoken to the Pentagon to see if there are ways to negotiate that deadline if it is necessary.

He still doesn’t get it. We’re dealing with terrorists who have made it clear that a deadline won’t be extended.

This is where many republicans are taking a pragmatic approach. Representative Brand Wenstrup (R-OH) is concerned about the number of American lives at risk. “President Biden set a date of Aug. 31. That was supposed to be his deadline, but now it’s [the Taliban’s] deadline. And they have totally turned the tables.”

So, when the August 31 deadline comes, we’ll most likely be out of Afghanistan. However, there’s the very real possibility that we’ll be leaving American citizens behind because we let the country fall to terrorists. It’s Kabul or bust, and Biden won’t bother with anyone who can’t make it to the airport.