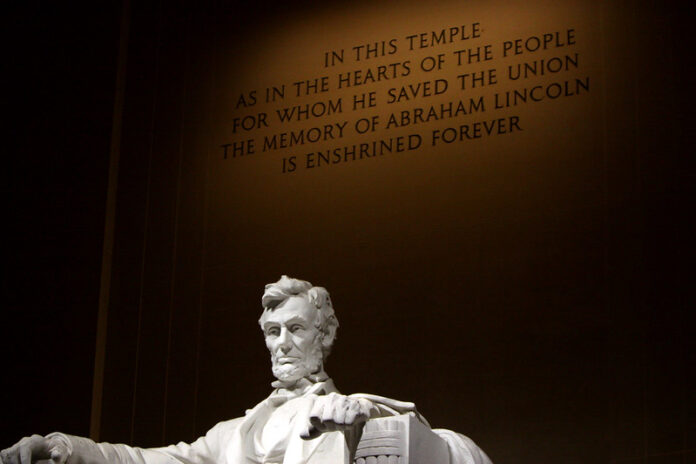 In January, the San Francisco School Board voted to strop the names of important historical figures from schools across the Bay Area. Presidents such as George Washington, Thomas Jefferson, and Abraham Lincoln were used in the naming of schools.

However, those names also had unsavory ties to slavery.

As a result, the liberal school board decided that they would rename a total of 44 schools because of names that were seen as perpetuating racism in the United States.

The decision was based on a lot of inaccurate claims, including data that was obtained by Wikipedia.

No one bothered to do any real research. Committee chairman Jeremiah Jeffries and others on the committee made false claims to prove why this was such an important move to make.

George Washington was our first president. He was also a slave owner but was believed to treat his slaves as though they were members of his family.

Thomas Jefferson was the author of the Declaration of Independence. While he, too, was a slave owner, it was reported that he set many of them free.

Abraham Lincoln was the author of the Emancipation Proclamation. He was the one responsible for ending slavery once and for all.

Anyone who has ever picked up an American history book knows the truth.

It took a lawsuit to get the school board to realize the err of their ways. A left-wing Harvard Law professor, Laurence Tribe, was one of the plaintiffs in the lawsuit, saying, “I think it goes dangerously far when the Great Emancipator is treated as insufficiently woke.”

Finally, there’s a liberal who is willing to apply common sense to the situation.

It didn’t take long before the school board unanimously voted to reverse its decisions. They did this to avoid an expensive lawsuit.

Now, the 44 schools will keep their names – for now. All the schools on the list were associated with such things as slavery, oppression, colonization, and genocide. While it may be that one or two names deserve to be on the list, our founding fathers certainly do not.

It took a lawsuit to show the school board that our founding fathers are innocent.

How is it that any of these school board members even passed history? Anyone in high school or college will say that Wikipedia is considered an unreliable source. Yet, that is the source that the committee made a dangerous decision with.

The committee members had to re-learn the importance of the various historical figures to understand that they are not the enemy.

Owning slaves was simply a way of life back then. Many did so out of obligation, not because they believed they were better than those of a different skin color. Many also treated the slaves with the highest respect, providing them with houses, salaries, and, eventually, walking papers.

If George Washington, Thomas Jefferson, or any of the others were to live in today’s society, they would not attempt to own slaves. Had they had the knowledge of today with them back then, slavery would have ended decades if not centuries earlier.

Learning takes time. We have learned throughout history.

However, to strip schools of the names of people who have had a significant and positive impact on history is morally reprehensible. It shows disrespect to our country and to how far we have come. It minimizes the sacrifices that so many have had to make to fight for our freedoms – all of our freedoms.

We are a land of immigrants. We’ve all faced discrimination throughout one aspect of history or another – The Irish, the Jewish, the Black. Some battles are still happening while others only exist in our history books.

The school board has since decided to turn its focus to opening the schools so that students can get a better education. Perhaps the lawsuit has made the committee members realize that there are more important things than spending millions to rename schools that offend no one.