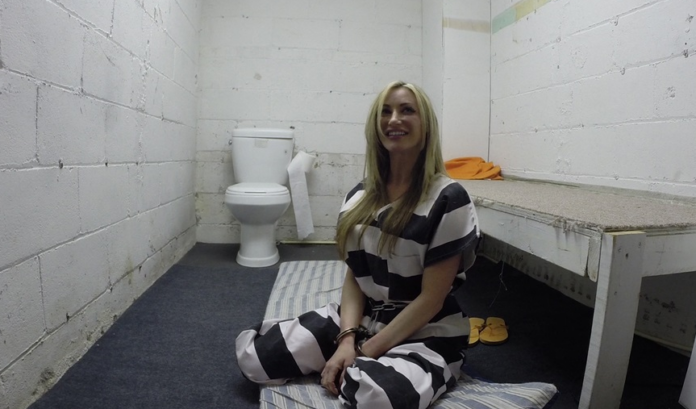 Felons in California are about to be put to the ultimate test. The problem is that the state is putting natural-born females at risk.

As of January 1, the California Department of Corrections and Rehabilitation is to house, search, and refer to inmates based on their preferred gender identity.

There’s no need for hormone therapy or surgery for this to happen.

All it takes is for a felon who is a natural-born male to say that he identifies as a female. Then, whoosh! He’s whisked away where he’ll be able to be in the female prison system.

This is an extremely dangerous test that the state is conducting – and there’s going to be a lot of problems with this.

Essentially, regardless of anatomy, a person can choose whether they want to be in a male or female prison. Should a person simply “decide” that they want to identify as a female, there’s nothing stopping them from suddenly being transferred.

Hey, I want to be a female. I’d like to identify as a female. Poof. That’s enough to get him (or shall we say she) transferred.

State of mind doesn’t change the genetic fact that the man is still a man.

And female prisoners deserve to know that they’re going to have men bunking with them, sharing their showers, and occupying their recreational spaces.

And any woman who has ever been raped is now going to be concerned that it could happen while she’s serving her prison sentence.

There are always instances where a person is honest. They’ve spent decades identifying as a woman, yet they are forced to be housed with male prisoners. Many are on hormone therapy. Many have had surgery or have surgery planned.

According to the California Department of Corrections and Rehabilitation, demand has been “high.” Since the law took effect on January 1, there have been 261 requests for transfers.

What about when men simply want to make the switch because they want into the women’s prisons? There is nothing to stop the predatory men from making the request.

As inmates at the Central California Women’s Facility in Chowchilla have shared, guards have told them to expect sexual violence with the arrival of men.

There’s a lot of gray area in this law. Staff at the prisons could face a significant number of legal risks if they deny a transfer. Yet, denying a transfer is what may have to happen to keep predatory men away from the women – as well as the honest transgender women who have been battling their identity problems for years.

The bill focuses on helping transgenders while providing way too much room for those who want to work the system. There are male inmates who can and will infiltrate the prison system.

The bill neglects to look after the vulnerability of women. There’s not a single piece of data in the bill that covers this concern. According to National Review, incarcerated females are at risk of violent assault from males – and 90 percent of the rape and sexual assault victims are women and the acts have been committed by males.

Nowhere in the bill does it limit males, including sex offenders, from gaining access to vulnerable women. This is terrifying – and this is what happens when liberals want to give in to the demands of the few.

Transgenders may need access to different facilities than they are in now, but the bill has to be rewritten. Unfortunately, it won’t be rewritten until after California prisons have allowed countless women to be attacked.