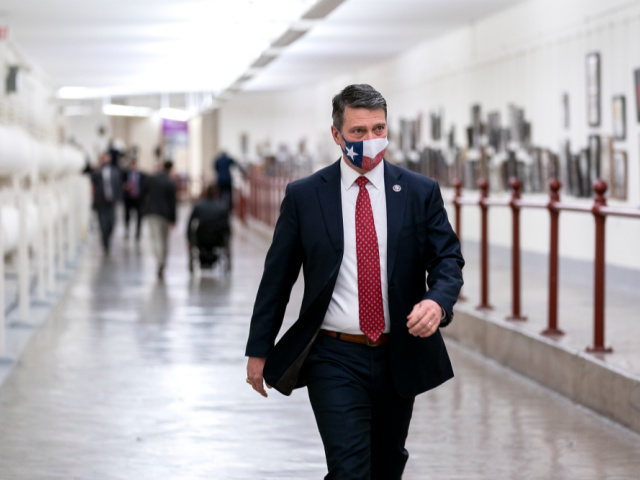 “I am furious!! My team has been on the phone all day trying to get AMERICAN CITIZENS out. They have been just outside the airport numerous times, but the State Department WILL NOT help them,” he tweeted.

He added, “They have been beaten by the Taliban at check points and told to leave and come back with large sums of money. Biden is going to get them killed! Enough!! We have [to] put someone who gives a damn in charge RIGHT NOW!”

Rep. Mike Waltz (R-FL) also tweeted that U.S. citizens were not being allowed into Kabul airport.

“Biden has ordered the gates closed. Our fellow Americans will soon be left behind. Unbelievable and unforgivable,” he tweeted.

Rep. Dan Crenshaw (R-TX) tweeted: “America, you need to know this: Biden is not letting citizens through the airport gates. It has been impossible to get anyone through for the last 24 hours.”

“The administration has been lying about their intent to save Americans. Unforgivable,” he added.

On August 17, the White House said there were an estimated 11,000 Americans left in the country. The Pentagon has said only 5,400 Americans have been evacuated, as of Saturday, leaving a discrepancy of about 4,600.

However, the State Department last week claimed there were only about 1,500 Americans left in the country.

Earlier on Saturday, the Pentagon claimed that American citizens and Afghan Special Immigrant Visa applicants were still able to get into the airport, and that it would continue evacuation efforts right up until August 31.

Any U.S. passport holder that wants to get in can get in. And we are still, if I’m wrong here, I don’t think I’m wrong, we are still processing and getting on planes SIV applicants as well vulnerable Afghans.

He said as to whether they are being allowed onto the airport, “Yes, as far as I know, yes.”

Breitbart News contacted the Pentagon Saturday evening to inquire if American citizens were being turned away from the airport but did not receive a response immediately.

Multiple members of Congress have been partnering with private efforts and the State Department to get Americans and Afghan SIV applicants out of Afghanistan at constituents’ requests.