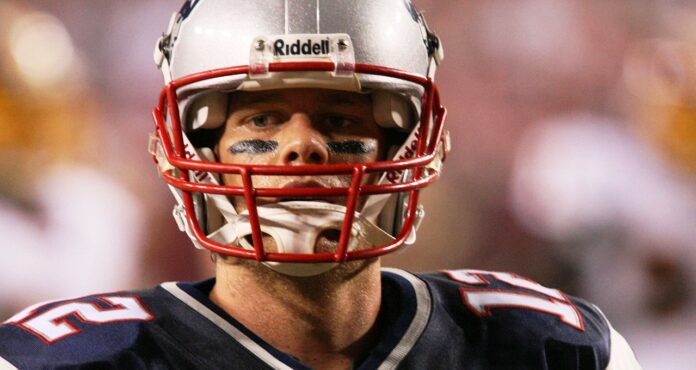 When we talk about controversial professional football players, Tom Brady is not exactly at the top of the list. That spot usually goes to has-been and anthem kneeler Colin Kaepernick or current trouble-maker Antonio Brown.

If Brady is seen as divisive in even the slightest, it is because of his over 20 year-long habit of winning and taking his team to championships, in which some would say he has done an unfair number of times and under ‘questionable’ circumstances.

But at the end of the day, it seems no one can deny Brady’s skill and athletic ability. After all, you don’t get your team seven Super Bowl wins by being lazy and just hoping for luck. However, it seems that his natural athleticism is only part of the equation that drives him to succeed time after time.

Additionally, it seems he’s learned a few things along his long career path, including the fact that this cancel culture that we currently live in and are forced to deal with on a near-daily basis is only making life more difficult, as well as is a rather impractical way to live.

Brady said as much in a recent interview with NFL reporter Peter King, saying that all the world seems to want to do anymore is “blame, and shame, and guilt, and fear everything all the time.”

And that’s no way to live.

He went on, saying that some members of our society have begun to make a living or career out of this line of thinking. No one in their right mind thinks it’s a good idea. How does he know that?

Well, as he rightfully concludes, “We would never teach our kids that, you know?”

He said, “We would never say, ‘This is how you’re gonna get through life the best: You’re gonna blame everyone when things don’t go right.’ Or, ‘I always get it my way but you should never get it your way.’ It’s not how to live a joyful life.”

And he is right, you know?

I mean, how many of us, when we are trying to impart words of wisdom or sound life lessons to our children, teach them to blame everyone or everything else for their own problems? To never take responsibility, to never learn from their mistakes? Who wants to teach their children that when things go wrong, it’s because the world is out to get you?

No one. Not a single soul.

And yet, when we look at today’s world, it seems that’s what is happening. That is what society is telling us to do. When you are having a rough time of it, no matter what actually got you to that place, our culture tells us not to fix those problems but instead go after anyone who has it easier or better off than you. In fact, it must be their fault.

And when you don’t have something to say or don’t do something that not everyone else agrees with? Well, you should be shunned, banned from the community, and tossed out.

We’ve seen time after time in recent weeks and months. Someone speaks out about their beliefs, and if they don’t align with current establishment ethos, that person is ‘canceled.’ Their music is shut off, their show ended, and their job given to someone else with more ‘in-line’ thoughts and ideals.

Then, as Brady points out, there is the overwhelming sense that we need to be afraid of everything, most expressly, the pandemic. So we should just follow orders, living in fear of contact with others, not wearing masks, and not being vaccinated.

But again, these are not things we want to teach our kids, to be fearful of every circumstance, and all the dangerous possibilities in life.

Instead, most of us try to pass along courage and hope to our young ones, knowing that, sure, tough times will come. But they will pass, and you can make it through. Life will not always be a locked box where your freedoms don’t seem tangible.

And yet, according to those on the political left, that box is exactly where they’d like to keep you – afraid for your life, ready to blame others at the slightest glimmer of wrongdoing, and never able to accept personal responsibility.

As Brady says, talk about an unjoyful life…