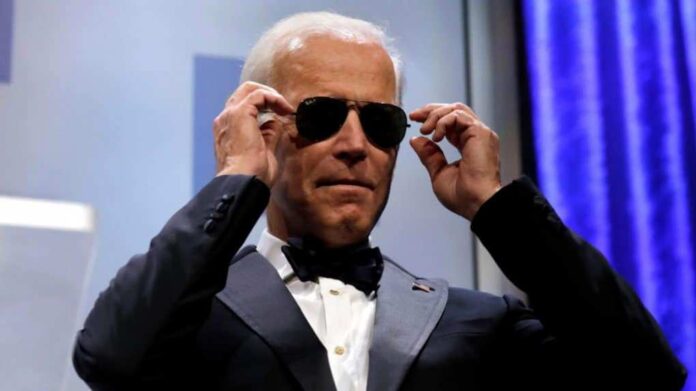 But that’s not exactly what scientifically proven data suggests.

Take the only slightly less controversial of the three, mask mandates, for example.

If Biden’s administration and those leading his ever-increasing move to the left are right, then mask and regulations or what they would like to be laws on wearing such are a must. Anything else is simply “Neanderthal thinking.”

Or at least that’s how Biden describes recent moves by several states to abandon their mask mandates and give the responsibility of keeping each other safe and healthy to the people living there.

When Texas, and mere hours later, Mississippi, announced the canceling of their mask mandates in early March, Biden didn’t waste any time criticizing the decisions as a “big mistake” and “the last thing we need.”

NEW: President Biden calls Texas and Mississippi decisions to end mask mandates “a big mistake” and criticizes what he views as “Neanderthal thinking” after CDC warned against complacency in the face of emerging coronavirus variants on Monday. pic.twitter.com/Mmdln3gNG6

But a little over a month later, and both of these states, as well as several others that have since followed suit in regards to mask mandates, are reporting some of the lowest case numbers per capita or per 100,000 residents in the entire nation.

According to data recently released from The Washington Post, Texas has only had about 11 positive COVIC cases per 100,000 people between March 29 and April 4. And Mississippi has even less with only 7 cases per capita.

According to NBC News, Arkansas, which also doesn’t have a mask mandate, comes in at the very bottom of the list, with just 5 COVID cases per 100,000 people for the entire week.

So which states have the highest number of cases currently?

If making data-driven decisions to reopen, loving freedom, and trying to get back to normal is what a Neanderthal would do, then well, I guess you can count me as one. https://t.co/TYmjMuoR8Y

As you can imagine, they are states with a much higher population and whose people tend to be in closer proximity to each other. You know, states like New York, Michigan, New Jersey, and Pennsylvania.

According to data from Fox News, a whopping 44 percent or 197,500 out of 542,000 cases reported during the week of March 29 – April 4, come from these four states, plus Florida, as it is also another highly populated state and one with the highest number of senior or “at-risk” citizens.

New York takes the cake at the top of the list, reporting a total of 12 percent or 52,922 of all of the nation’s current COVID cases. And Michigan only has slightly less than that, with 47,036 cases, according to Fox.

Florida, Pennsylvania, and New Jersey round out the top five most COVID prone states.

But another thing you’ll also notice about all these states, except for Florida, is that they are all Democratically led and have endured some of the strictest and most outrageous mask and lockdown mandates in the country.

No doubt you’ve heard all about New York’s liberal Governor Andrew Cuomo and his tyrannical lockdown measures and mandates. And Michigan’s near-draconian leader Gretchen Whitmer is now known nationwide for her strict rules that at one time banned the sales of paint in hardware stores, as well as garden supplies.

In fact, many would suggest that it is her extreme quarantines and rules that have caused her state to recently acquire the highest number of cases per capita, as well as second nationwide. According to The Washington Post, Michigan, as of April 7, reported a whopping 70 positive cases per 100,000 residents.

Of course, she blames it on a recent spike in her state.

Perhaps she should be looking a little closer to home, though, and begin considering what so many other states have figured out. Masks and lockdowns don’t mean fewer cases or a safer population.

In fact, as Montana Governor Greg Gianforte suggested in a Twitter response to Biden accusing Republican state leaders of “Neanderthal thinking,” quite the opposite is true.

He wrote, “If making data-driven decisions to reopen, loving freedom, and trying to get back to normal is what a Neanderthal would do, then well, I guess you can count me as one.”

The point is that for months now, the left’s insistence on masks and lockdowns has done little to nothing in proving to be the solution to COVID-19. States that push these measures the most still have the highest number of cases, while states who have dropped them are becoming healthier by the day.

Maybe it’s time they stop pretending they know what’s best for everyone and engage in a little “Neanderthal thinking” of their own – that is, if they really want their states to put COVID behind them.