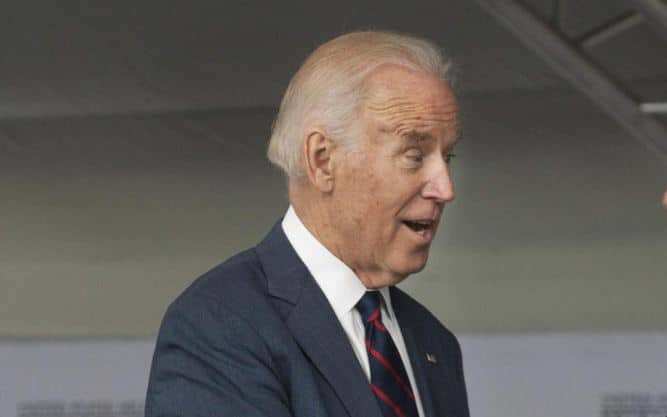 It’s clear to pretty much everyone living in the United States at this point that Democratic President Joe Biden has made some major errors in the months since he’s taken the Oval Office. And those poor decisions have encouraged many to call into question his mental fitness and health. But now, with an allied country in ruins and being taken over by terrorists, it’s not only us here in the US that sees it.

Now, even our loyal overseas allies, such as Britain, are unsure he’s fit to lead.

According to more than a few members of the British Parliament or MP’s, Biden’s mental incompetence has put untold thousands of people at risk with his recent decision to withdraw from Afghanistan and in such a poorly executed way.

And, no, we aren’t just talking about Afghans and stranded Americans. Included in those numbers are countless foreign dignitaries, interpreters, and staff members, who have all partnered with Britain over the years to fight terrorism. But with Biden’s end of August deadline, these people have been essentially left to their own defenses.

As the UK Daily Mail recently reported, “The UK government is now in a race against time to airlift nearly 2,000 Afghan reporters and other staff who worked for Britain out of Kabul amid a growing backlash at Joe Biden over his decision to stick to his August 31 withdrawal deadline.”

Needless to say, Britain is not happy about the situation, particularly because they know it could have been different.

In fact, MP’s there are so enraged that many have joined together to hold Biden in contempt for violating and obstructing the processes that were currently laid out for such situations.

As the UK’s Foreign Secretary Dominic Raab has recently stated, his department and national officials are doing all they can and “as fast as (they) can” to get as many of their people out as possible before it’s too late.

However, even if they do manage to get most out in time, many don’t see this going well for President Biden, either here in the US or among our international allies. And most of it comes down to his lack of mental health.

According to Seely, Biden’s gone “gaga.”

“I’m sorry, he is just gaga… he doesn’t have grip. How many slip-ups before people think, yep, he can’t do the job?”

To be sure, it’s a question many of us have been asking ourselves for a while now, since before he was even announced the winner of Democratic primaries in 2020 or the President of the United States. But definitely, one that needs to be asked.

Maybe if his “slip-ups” were limited to grammatical errors or even forgetting someone’s name now and then, it might be less of a concern. But when it starts affecting our relationships with other nations, including their rise and fall, it’s completely different.

And as one Tory MP says, it’s just plain “shameful.”

According to Parliament member Tom Tugendhat, a military combat veteran who has worked proudly with American soldiers in Afghanistan on a great number of occasions, he was “never prouder” than when he helped American forces capture Musa Qala and was honored for his work. He calls the men he fought beside brothers and considered it a privilege to be named one of them.

And yet, now he says, thanks to Biden, that honor and pride have been dashed through the mud and tossed to wolves.

“To see their commander in chief call into question the courage of the men I fought with, to claim that they ran, is shameful.”

Regardless of Biden’s mental incompetence, Tugendhat lets it be known that anyone who hasn’t served militarily should “be careful about criticizing those who have.” And Biden is no exception.