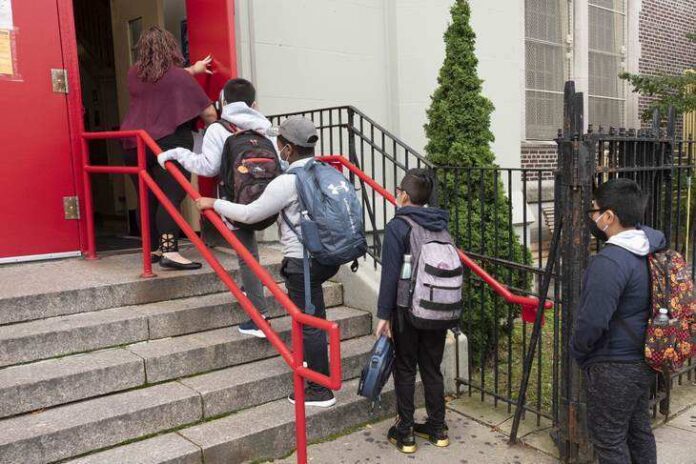 Pandemic learning loss among students is a major issue that needs to be taken care of but the liberals have the perfect solution for that. Some educators have decided that the best way to address this problem is by not addressing it at all. Instead of testing the children for learning loss, they simply won’t bother.

On one hand, there is a sneaky genius to it. How can anyone learn how bad the learning loss has been if no one is ready to test for it? On the other, it is a sick and twisted thing to do. Kids should have been in school this whole time, so that they wouldn’t have been affected so severely.

The preliminary research is not positive. Public school students of all ages did not have a positive year as far as their educational development was concerned. Online learning was not the perfect solution that schools and teachers may have imagined either. Many kids have given up on the idea entirely and we cannot say that we blame them.

Many parents have shared sad anecdotes about children who were once enthusiastic about learning, only to become withdrawn and depressed by their lack of social interaction. How can parents sit idly by and pretend that these stories are not common? Of course, we are only talking to the liberal parents there.

These are the people who would be fine with keeping their kids home from school for a second year, if it comes down to it. This is a battle that you are going to see taking place over the course of the next year. September will be here before you know it but a vaccine for children under 16 will not be.

The teachers’ unions are well aware of these concerns but in many of the major liberal hubs, they are refusing to budge. Children in Los Angeles and Chicago are facing another year without school in the face and these unions are perfectly fine with it. The learning deficits are not going to go away just because people really want them to, though.

Plans need to be made. For now, the plan that is in place is a simple one. They won’t test for learning loss and this keeps them from being able to learn more about the damage that has been done. Give them enough idea and they will spin this into being the best idea to assist non white students who have experienced increased inequality over the past year as well.

The New York Times dug into this issue a bit further: “This isn’t a lost generation,” said Kayla Patrick, a policy analyst at the Education Trust, a national advocacy group focused on low-income students and students of color. “They just need extra support — in many cases, the support they probably needed before the pandemic, like tutoring.”

Others go further, arguing that regardless of what terminology is used, standardized testing to measure the impact of the pandemic is unnecessary or even actively harmful. Voices as prominent as the former New York City schools chancellor, Richard Carranza, and the Massachusetts Teachers Association, the state’s largest educators’ union, have encouraged parents to opt their children out of state tests during the pandemic. “We do not want to impose additional trauma on students that have already been traumatized,” Mr. Carranza said.

This week, the nation’s largest school system, in New York City, announced that parents would have to opt their children in to state standardized testing, which could lead to a smaller group of students taking the exams, and results that will be difficult to interpret,” the Times shares.

There you have it, folks! They have finally found a woke way to defend this insanity. Oh, brother.