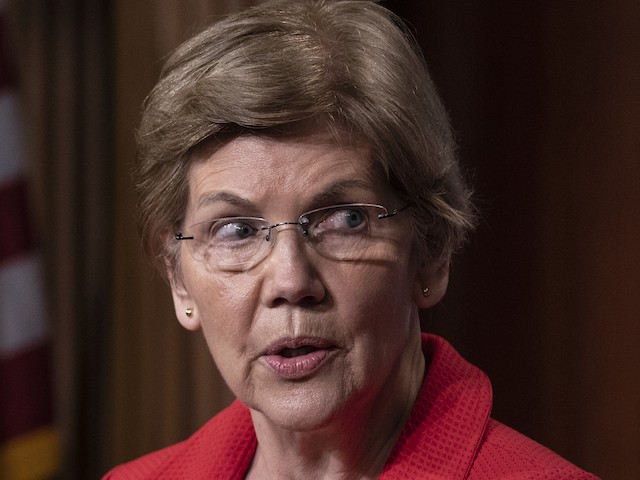 Haaland married her longtime partner Skip Sayre on Saturday at Santa Ana Pueblo’s Hyatt Regency Tamaya in New Mexico, and Politico Playbook reported “guests were required to be vaccinated and wear masks” despite the pictures showing the exact opposite.

U.S. Department of the Interior press secretary Tyler Cherry in a statement to Native News Online, confirmed the event happened in addition to ensuring the event was “Consistent with CDC guidance and New Mexico’s public health orders” since the “guests were required to be vaccinated and wear masks.”

The New Mexico Department of Health’s website states that everyone in the state since May “is required to wear a mask or cloth face covering when in public except when drinking, eating, or under medical instruction. Masks and cloth face coverings may prevent people who do not know they have the virus from transmitting it to others.”

The department added that it should be important to maintain “aggressive social distancing (maintaining at least 6 feet of distance between you and others) to reduce spread of [Chinese coronaviris].”

The mask mandate has also been in effect since May 16, which “now requires individuals to wear face-coverings while exercising.”

Breitbart News reported that besides officials such as Haaland and Warren, Rep. Sharice Davids (D-KS) was also pictured at the event without a mask.

During Warren’s failed presidential run, she claimed to have Native American heritage. She eventually went through a DNA test that showed the senator only had 0.1 to 1.6 percent Native American DNA.

When confronted about lying on the campaign trail, she said, “I shouldn’t have done it. I am not a person of color, I am not a citizen of a tribe, and I have apologized for the confusion I have caused on tribal citizenship, tribal sovereignty, and for any harm, I have caused.”