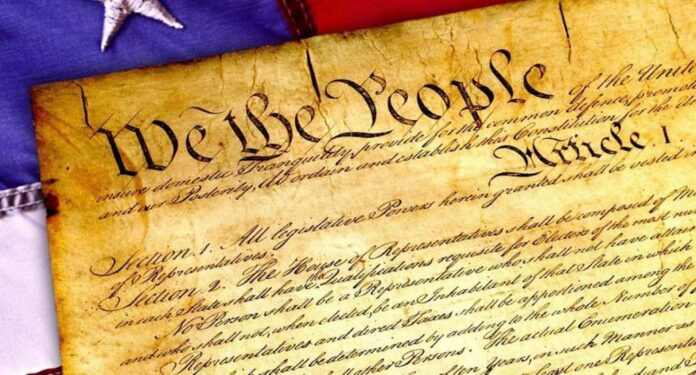 President Joe Biden made a statement on Thursday about gun control that made conservatives’ blood run cold when he said that “no amendment is absolute,” while maintaining that “nothing” he is recommending “impinges” on the Second Amendment.

“Today we’re taking steps to confront not just the gun crisis, but what is actually a public health crisis,” Biden said from the White House Thursday according to Fox News.

“Nothing, nothing I am about to recommend in any way impinges on the Second Amendment,” the president said, however, saying that anyone who suggests that those constitutional rights are at stake “phony.”

He added: “So the idea is just bizarre, to suggest that some of the things we’re recommending are contrary to the Constitution.”

However, he then went on to call gun violence in the United States “an epidemic.”

“Let me say it again, gun violence in this country is an epidemic,” Biden said. “And it’s an international embarrassment.”

These comments came as the president announced executive actions and legislative proposals, all dealing with gun control. According to Fox News, the president is requesting that the Justice Department propose a rule to stop “ghost guns” which are “kits” that can be bought to create a firearm that doesn’t have a serial number, within a month.

“Biden is also asking the DOJ within 60 days to propose a rule on braces used for handguns, which make them more accurate; proposing action on’”community violence intervention”’; asking the DOJ to publish suggestions for ‘red flag’ legislation; and having his administration issue a report on gun trafficking,” Fox News reported,

The president also announced David Chipman as the new director of the Bureau of Alcohol, Tobacco, Firearms and Explosives (ATF), who is being touted as someone who will respect the Second Amendment while enforcing gun laws, according to a senior administration official on Wednesday.

“I’ve seen with my own two lives what a bullet can do to the human body … and I’ve fought my entire career to fight this violence and to pass reasonable gun safety” measures,” Vice President Harris said as she introduced Biden.

“What are we waiting for? Cause we aren’t waiting or a tragedy… We’ve had more tragedy than we can bear,” she said. “The solutions exist… people on both sides of the aisle want action, real people … so all that is left is the will and the courage to act.”

This isn’t the end of the story for gun control, by a longshot, and conservatives are concerned. Republicans are looking to see if Biden’s agenda extends beyond what he has already announced, which includes an assault weapons ban, voluntary buybacks of assault weapons wants to repeal a law that prevents gun manufacturers from being sued for crimes people commit with guns, and much more.

“By appointing the anti-gun Merrick Garland as attorney general and nominating David Chipman — formerly a senior staffer at the leading gun control lobby — to head ATF, Biden has made clear his sights are set on restricting the rights of law-abiding gun owners while ignoring criminals and foregoing substantive measures that will actually keep Americans safe,” the National Rifle Association (NRA) said in a statement.