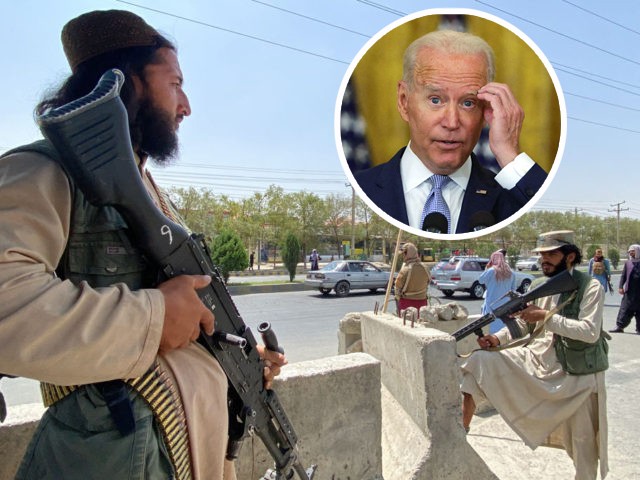 The survey asked respondents, “Should President Joe Biden resign because of the way the U.S. withdrawal from Afghanistan was handled?”

Overall, a majority, or 52 percent, said “yes,” Biden should resign, while 39 percent said he should not. Opinions over Biden resigning are sharply divided along party lines, as three-quarters of Republicans say he should — a sentiment held by nearly one-third of Democrats, 32 percent, and a plurality of independents, 48 percent.

Sixty percent of Democrats, however, say Biden should not resign.

Respondents were also asked to indicate if they agreed with the following statement: “I think Joe Biden deserves to be impeached because he’s abandoned thousands of Afghans who fought with us and he’s going to abandon some American citizens because he capitulated to the Taliban to a 31 August deadline.”

However, even if one of those scenarios — resignation or impeachment and removal– came to fruition, voters are not confident in Vice President Kamala Harris’s ability to assume office. Forty-seven percent said she is “not at all qualified” to do so, and 11 percent said she is “not very qualified.” Only 38 percent indicated some confidence in her ability to assume the duties of being president.

The poor numbers for Biden follow his administration’s disastrous withdrawal from Afghanistan. It took a turn for the worst after Biden agreed to adhere to the Taliban-approved August 31 deadline and a terrorist attack struck the Kabul airport, where U.S. evacuation efforts were underway. It resulted in over 100 casualties, including the loss of 13 U.S. servicemembers.

In an address to the nation on Tuesday, Biden admitted his administration left Americans behind, in enemy territory.

“Now we believe that about 100 to 200 Americans remain in Afghanistan with some intention to leave. Most of those that remain are dual citizens, longtime residents who had earlier decided to stay because of their family roots in Afghanistan,” he claimed.

“The bottom line: Ninety percent of Americans in Afghanistan who wanted to leave were able to leave. And for those remaining Americans, there is no deadline. We remain committed to get them out if they want to come out,” Biden added.