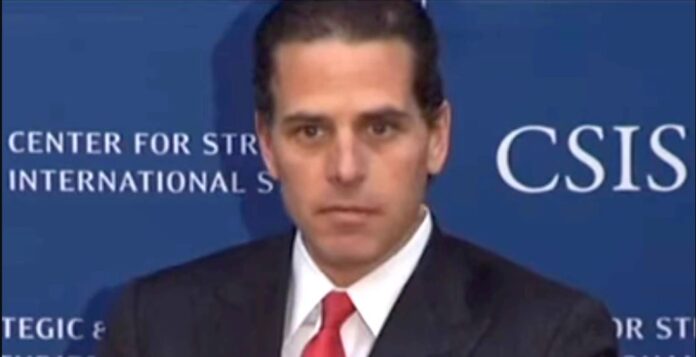 No one ever asked Johnny Carson to be a journalist, never mind a crusading investigative reporter committed to the Truth and Justice (capitalized, of course).

But no one ever asked Mr. Carson to cover up crimes, either.

The de facto court jesters in the American media are no longer in the business of ribbing the powerful. Instead, they now prostrate before them like seals and juggle every order of scandal the Biden family has produced like they are a personal PR agent. One has never seen a “comedian” ever work so hard for a laugh. At best, they schlubby fixers.

The network late-night shows — Jimmy Kimmel on ABC, Jimmy Fallon on NBC, and Stephen Colbert on CBS — are all renowned for their mediocrity.

The fact is, people don’t want “breaking news” at 11 pm at night when they are going to sleep. They want to be pandered to with a couple of laughs, a light tearjerker anecdote, and then lulled to sleep by an utterly unremarkable interview with some D-list celebrity they forgot existed (Tom Green? Christina Ricci? Dolph Lundgren? Maybe we can get Ralph Nader to talk about seatbelts?).

If the modern incarnation of the Tonight-Really-Why-Bother-Maybe-You-Should-Get-Some-Sleep-Instead Show with Jimmy Kimmel never aired again the world would rumble on and the only tears shed would be by Kimmel’s mother, his agent, and his publicist.

Jimmy Kimmel himself would likely be relieved he no longer has to ape his fraudulent act and take up his true calling as a hot dog vendor on Coney Island, such are his talents.

If Jimmy Kimmel hadn’t decided to launder the Biden family’s sordid laundry list of alleged criminal offenses, I would not be writing about this middling individual who appears weekday nights like an amnesic Punxsutawney Phil to tell you he has two more hours of the same crap for you that no amount of horn-blowing toots from Jazzy Jay in the house band can burnish.

But unlike the Johnny Carson’s or David Letterman’s of yesteryear, as the modern dim lights of late-night schlub their way to Gommorah and the audience mercifully falls off a cliff, Jimmy Kimmel & Co. are now exploring new revenue streams, which apparently now includes the crime coverup business. They paint houses AND do carpentry.

Let’s look at a quote from Jimmy Kimmel’s lap dance for Hunter Biden:

Kimmel: I’ve seen you on some interviews talking about the laptop. This became this big thing, the laptop. And then when [the F.B.I.] asks you about the laptop, you say “you don’t know,” which is hard to believe unless you read [Hunter’s new book] and it’s like, I’m kind of surprised you have shoes on.

Hunter: You know, pants were the problem!

Hunter’s new book titled Beautiful Things is anything but a beautiful thing. It is a rattled off list of Hunter’s drug addictions, escapades with prostitutes, and remarks about “funny money” that he gets from suspect business dealings.

In the book, Hunter Biden admits that his crack habit was so severe that after he sold his shoes for drugs, he would rummage around his carpet in his flophouse apartment and smoke anything that came close to resembling crack.

“I smoked more parmesan cheese than anyone you probably know,” Hunter says. This smoked-out junkie is so gone that he reserves an outside chance that you might know someone who smokes pizza toppings.

If you’re not rolling on the floor laughing right now that the crack head son of the current POTUS scored multimillion-dollar deals with Communist Chinese Party-affiliated businesses and a $50k-a-month seat on the board of a Ukrainian energy firm, and then destroyed evidence in a federal investigation that incriminates himself and his father, Joe Biden, in bribery and a criminal influence-peddling operation, I mean, maybe you should lighten up! Amirite???

“Pants are ALWAYS the problem,” Kimmel responds between gut laughs. Maybe Kimmel is laughing off the deep sorrow inside he feels about his own failed career. Save it for your therapist.

Hunter Biden, who after a lifetime of his lips glued to a crack pipe has fewer brain cells left than there are remaining alive members of the Village People, managed to make room in his vacant skull for a new word — “red herring” — and filibustered the question by mindlessly repeating it.

Hunter Biden says on with Jimmy Kimmel that his laptop is a “red herring” and that he really does not know if it’s his:

“I don’t know is the answer.” pic.twitter.com/I98Mcoo9jY

Are you sure it wasn’t pickled? Maybe it was blue? Sure you want to get rid of the filibuster, Joe?

In response, Jimmy Kimmel didn’t just roll over like an overweight seal with the laziest retort possible; he helped Hunter coverup his crime by laughing it off with a wheeze and the kind of lame joke that makes his audience realize that life is too short to spend it watch Kimmel jiggle his jowls reading bankrupt “jokes” written by Vitamin-D deficient woke millennial staff writers.

“Do you ever wish you’d had AppleCare?” said Kimmel.

Cue laughter, as Hunter and Kimmel chuckled up over the crimes of the Biden family. Hunter’s head rocked forward as he played along and guffawed, but we know that he was really just looking for crack flecks in the carpet.

The debauched saga of Hunter Biden is a sprawling open-air wet market of every possible joke you can imagine, but that would have interfered with Kimmel’s actual goal of fluffing Hunter (just like Hunter did for rocks in Los Angeles alleyways).

We do not expect the mediocre “personalities” of late-night television to be enterprising journalists nor unimpeachable saints nor even particularly funny, but we do ask of them not to use their platform to conspire in the coverup of corruption and crimes — of the current first family, no less.