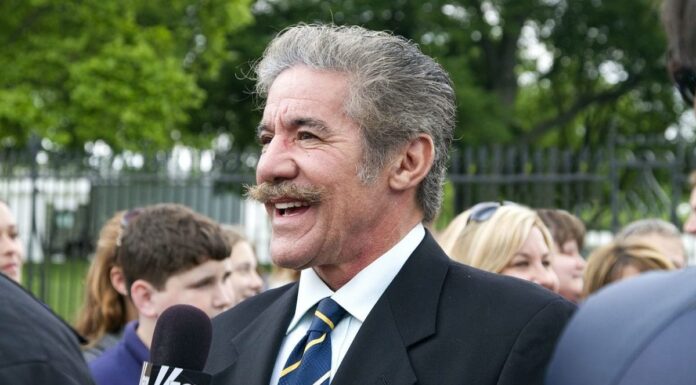 Fox News contributor Geraldo Rivera found himself put in his place late last week when he was sparring with civil rights attorney Leo Terrell who made sure Rivera knew he went too far when discussing the city of St. Louis.

According to a report in The Western Journal, the men appeared on Thursday’s edition of “America’s Newsroom” where host Bill Hemmer brought up the reports that new St. Louis, Democrat Tishaura Jones plans to combat the city’s growing homicide rate with more social workers, rather than police officers.

The alt-left idea has been put forward more than once by those who are part of the “defund the police” movement that has swept the Black Lives Matter movement. BLM in and of itself grew by leaps and bounds in the summer of 2020 after the death of George Floyd while in police custody.

Rivera, despite his own liberal leanings, admitted that the plan was “idealistic” and a bit “unrealistic.” However, he put his stamp of approval on the “compassion” of such an approach.

“You need love, you need kindness. You know, you can always use more compassion,” he said. “The problem in St. Louis, as it is here in Cleveland and many other top-10 murder cities, is the drugs, the gangs, the urban violence, the black-on-black civil war that’s been going on that no one talks about.

“It’s a bad situation. I wish her the best, but she’s being very idealistic.

“You know, it’s unrealistic, I think in many regards. The fracture’s too deep, the problem’s too tough. Too many guns out there, too many bitter feelings, too many drugs.”

Terrell, however, wasn’t letting the Fox contributor off that easily. The civil rights attorney who left the Democratic Party in favor of Former President Donald Trump didn’t want to leave the issue untouched:

“This whole idea of cutting back police officers and increasing social workers is a failure,” Terrell said pointing to cities like Los Angeles, Portland, Oregon, Seattle, Chicago, and New York as demonstrations of how terrible the idea was.

“Show me where cutting down police officers and increasing social workers is going to help reduce crime in these Democratic cities,” Terrell said, noting the stark increase in crime in places where the crime fighters were removed. The attorney also pointed out how there are other ways of helping the poverty cycle, such as support for school systems and other programs to keep young people off the streets.

“Geraldo, give me a break. All the evidence on Fox News, all this crime is going on in Democratic cities where they basically give the keys of the city to the criminals.

Rivera responded, “I’m agreeing with you, bud. You can’t bring a social worker to a gunfight, I agree with you. But there’s always room for kindness and compassion and these families are shattered. Let’s try to rebuild the families. I’m all for that. I just think you have to be realistic what’s going on here.”

Hemmer then chimed in and reminded the pair of made by Mayor Jones, who said, “I appreciate the role of white allies in this movement of progress. I don’t believe that they have the lived experience to lead a majority-minority city.”

“That is the most insulting, racist comment,” Terrell replied hotly. “You know what she is saying? Because you are white, you don’t understand what we as black people go through regarding crime. That makes the assumption then that Joe Biden doesn’t know. To say that she is basically in a better position because she is black is insulting, is racist, and makes no sense whatever. I reject that argument.”

Rivero shot back sarcastically, “Hey, Leo, when was the last time you were in the ghetto?” Rivera asked. “Is she saying you don’t —” interrupted Rivera.

Geraldo Rivera asks Leo Terrell when’s the last time he was in the “ghetto” and all hell breaks loose pic.twitter.com/ZdjadawLqM

“Insulting!” Terrell shouted angrily, as Rivera attempted to explain “that knowledge I have is helpful!”

Terrell informed his fellow guest that he was born in a poor area of Los Angeles, which caused Rivera to say that he was “from Avenue C, man,” which is an East Village neighborhood of Manhattan.

To his credit, Rivera did eventually apologize.

Apologize to @TheLeoTerrell did not mean to imply that he doesn’t get realities of urban life. Sorry Leo didn’t mean it personally. I wish St Louis’ new mayor the best. She has her hands full in a city beset by violent crime.