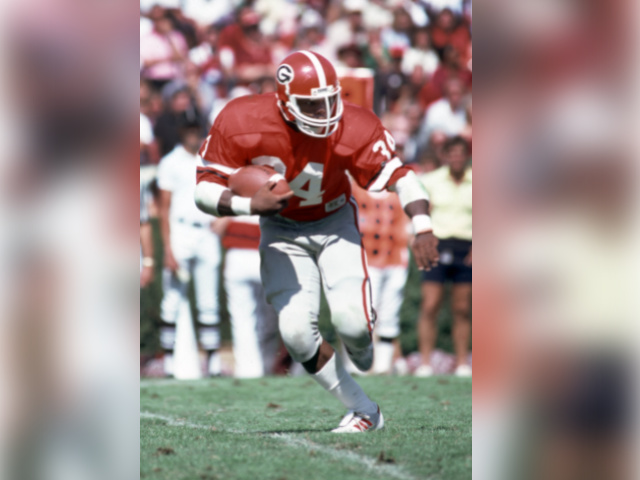 “Herschel Walker is a friend, a Patriot, and an outstanding American,” Trump declared in a statement, adding, he is also “going to be a GREAT United States Senator.”

The former president further explained that Walker “embodies ‘America First’ and the winning spirit of Georgia,” which is where the former football great will be running.

“Herschel is tough on Crime and Borders, and he will always stand in support of Law Enforcement, Military, and our Vets. He will fight hard for our Second Amendment and Voter Integrity,” Trump added.

“Herschel Walker will never let you down. He was a great football player and will be an even better U.S. Senator–if that is even possible,” Trump noted. This is why he received the “Complete and Total Endorsement” from Trump.

Last week, Walker filed the necessary paperwork to be a candidate in the battleground state of Georgia with a possible matchup against Sen. Raphael Warnock (D-GA). Before playing for over a decade in the NFL, Walker was a football legend at the University of Georgia.

However, this endorsement would not be the first time Trump endorsed Walker’s run. In March, before Walker officially announced he would run, Trump issued a statement on Walker saying he should run and would be unstoppable:

Wouldn’t it be fantastic if the legendary Herschel Walker ran for the United States Senate in Georgia? He would be unstoppable, just like he was when he played for the Georgia Bulldogs, and in the NFL. He is also a GREAT person. Run Herschel, run!

Walker, when he officially announced he was entering the Senate race, said, “I am just a kid from Wrightsville, Georgia, who has lived the American Dream. Now, I’m running as a Republican for the United States Senate to keep that dream alive for everybody. To join the fight, visit.”