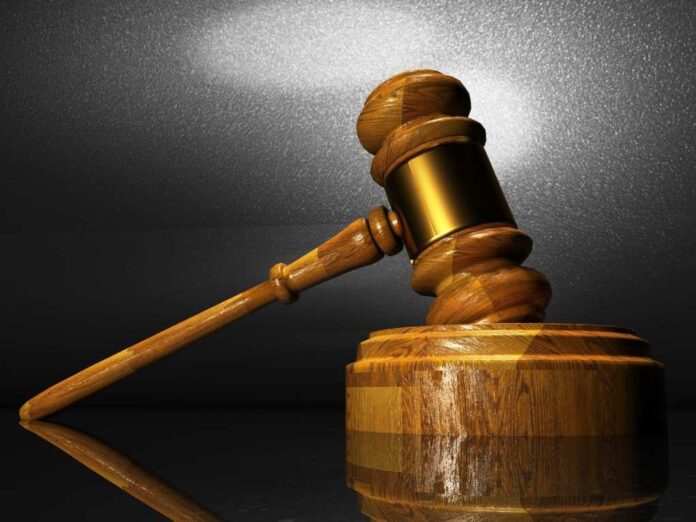 In a shocking turn of events that should put the fear of everything holy in every single parent, a judge in a custody hearing came up with his own standards regarding health and wellness of children and decided to remove a child from his mother’s custody because she had not yet received the COVID-19 vaccination.

There is not supposition or anything open to interpretation here. The case is as straightforward as they come. The mother and father shared custody and during a hearing the judge, without a prompt from the father, asked the mother if she had received a vaccination. When she responded that she had not, he revoked her custody and all visitation rights with the child until she had gotten a vaccination.

The Chicago mother told her story to WFLD-TV who reported that  Rebecca Firlit has been divorced from her husband for seven years and has shared custody of their 11-year-old son for years. However, a virtual custody hearing about child support earlier in the month ended with Firlit not getting to see her son for over three weeks, and counting. The court found her unfit to raise a child due to her reluctance to receive the shot.

Cook County Judge James Shapiro out of the blue brought his decision down to her reluctance to receive the vaccines and said she will not see her son or have any parental rights until she gets the shot which, notably, was at the time still entirely experimental. Additionally, Firlit has a medical history of adverse reactions to vaccinations, which she told the court.

As it stands currently, Firlit is allowed to call her 11-year-old son, but not see him in person unless and until she receives the vaccination, despite whatever adverse reactions she might have, which could, in and of itself, actually render her unable to care for him.

“I miss my son more than anything. It’s been very difficult. I haven’t seen him since August 10th,” Firlit told the outlet. “I think that it’s wrong. I think that it’s dividing families,” she said. “And I think it’s not in my son’s best interest to be away from his mother.”

The Chicago mother, understandably, accused the judge of forcing his own political views on her and her family and is currently appealing the decision that has broken up her family and caused her to be separated from her pre-teen child.

Firlit’s lawyer Annette Fernholz had some choice words for the court in a statement: “In this case you have a judge, without any matter before him regarding the parenting time with the child deciding ‘Oh, you’re not vaccinated. You don’t get to see your child until you are vaccinated,’” she said. “That kind of exceeds his jurisdiction.

“You have to understand the father did not even bring this issue before the court,” Fernholz added. “So it’s the judge on his own and making this decision that you can’t see your child until you’re vaccinated.”

There is as yet, no timetable when Firlit’s appeal will be heard and Judge Shapiro’s office refused to comment on the unprecedented and appalling ruling.

Just as an effort to recap what’s happening: a man and woman who share custody of an 11-year-old go before a judge to talk about child support. During the hearing, out of the blue, the judge asks the woman if she has taken an (at the time) experimental preventative measure for an illness she does not have but is the kind of treatment she has an adverse medical reaction to. When she said she had not taken treatment for an illness she didn’t have, the judge ruled her unfit to care for her pre-teen child and revoked all parental rights until she takes a treatment that could completely incapacitate her.

Maybe the details negate the broader principles for you, which makes sense in some cases. But at that point, my question would be; what about when it’s a treatment you disagree with? What if it’s stem cell treatments from an aborted baby ordered and bought from your local abortion clinic? Then is it not OK? Where do we draw the line, if not at physical and medical autonomy over our own (not anyone else’s) person?