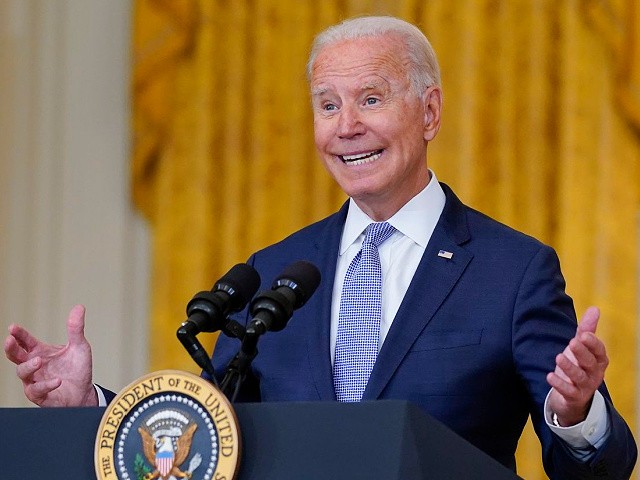 There was also 76 percent of the respondents who said “no” they do not regret their vote, and four percent said they were “unsure.”

However, while the 20 percent do not specify if they would have voted for former President Donald Trump. Zogby Analytics points out that looking at the 2016 and the 2020 elections closely, both were only decided in a handful of battleground states by only tens of thousands of votes, not hundreds of thousands, meaning this can hurt the president’s chances in 2024.

Broken down by registered party preference, Republicans who voted for Biden regret their vote more than Democrats and independents, 29 percent, 21 percent, and 14 percent, respectively.

The Zogby poll also found that urban voters were about twice as likely to regret voting for Biden as suburban and rural voters, 28 percent, 14 percent, and 12 percent, respectively.

The Zogby Analytics poll was conducted online to 2,173 voters who voted for President Biden. The survey was taken between August 5 and 13 — before Biden’s botched withdrawal from Afghanistan turned deadly. There is a margin of error of plus or minus 1.5 percent.

In another poll that came out Thursday, the president appeared to lose major support from independents as his job approval number dropped to a new low.

The poll showed only 43 percent of the respondents gave Biden a positive approval rating. Only 36 percent of independents in that poll approved of Biden, which was also down ten percent from the previous poll.