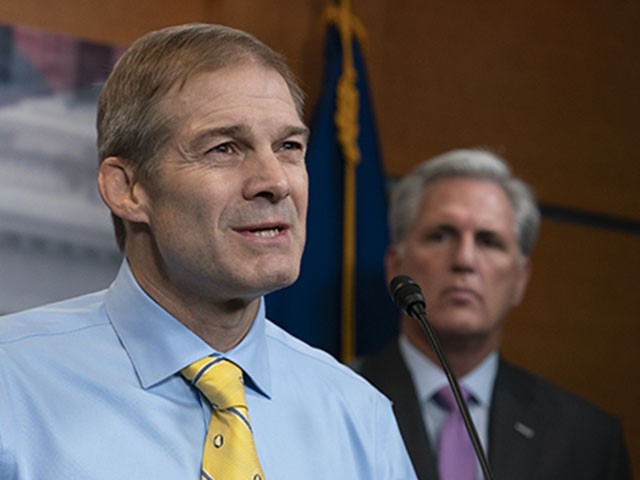 Representative Jim Jordan (R-OH) said Friday on FNC’s “FOX News Primetime” that because the American people see that President Joe Biden had “not done one thing right,” the Republican Party will win a majority of House seats in the 2022 midterm elections.

Guest host Tammy Bruce said, “What is your message to the American people as we deal with the unfolding disaster of the Biden administration?”

Jorden said, “Well, yeah, defend anyone who gets attacked. These people running for school board because they are fed up with Marxist ideology called Critical Race Theory. Defend those people. Help those people help them get elected — any elected official fighting back defend us. Help us — any private citizen who stands up to the cancel culture mom, make sure you come to their defense if we all rally around the principles that make our country special that made us the greatest nation ever. If we all do that, we will be fine. I think Americans are waking up.”

He continued, “We had 13 service members killed. We had Americans left behind. Allies left behind, billions of dollars of equipment and weapons left behind, a border in chaos, an economy that’s not growing like it should, crime surging in every major area, and attacks on our First Amendment liberty.”

He added, “Americans are waking up, and they are going to push back. I think we are going to reassert ourselves and take elect the right kind of people next year and take back the House.”