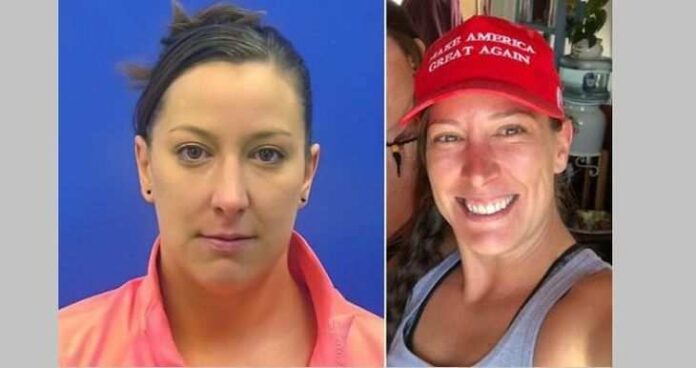 This is not unexpected for us but that does not make it any less of a cruel blow. The Department of Justice is not going to be charging the officer who shot Ashli Babbitt during the Capitol riots. The worst part of all is that they seem to tacitly endorse these actions. The Associated Press News desk has more:

“Federal prosecutors will not charge a police officer who shot and killed a woman as she climbed through the broken part of a door during the insurrection at the U.S. Capitol on Jan. 6.

Authorities had considered for months whether criminal charges were appropriate for the Capitol Police officer who fatally shot Ashli Babbitt, a 35-year-old Air Force veteran from San Diego. The Justice Department’s decision, though expected, officially closes out the investigation.

Prosecutors said they had reviewed video of the shooting, along with statements from the officer involved and other officers and witnesses, examined physical evidence from the scene and reviewed the autopsy results,” says the AP.

When a police shooting takes place, there is a natural line of questioning that comes after that. People want to know if the shootings are justified and if that much force needed to be used. Babbitt was unarmed at the time of the shooting but there had already been a great deal of violence that day. There are arguments to be made in both directions. However, we definitely noticed how dispassionate the Department of Justice’s press release was. Take a look for yourself:

“The investigation further determined that Ms. Babbitt was among a mob of people that entered the Capitol building and gained access to a hallway outside “Speaker’s Lobby,” which leads to the Chamber of the U.S. House of Representatives. At the time, the USCP was evacuating Members from the Chamber, which the mob was trying to enter from multiple doorways. USCP officers used furniture to barricade a set of glass doors separating the hallway and Speaker’s Lobby to try and stop the mob from entering the Speaker’s Lobby and the Chamber, and three officers positioned themselves between the doors and the mob.

An officer inside the Speaker’s Lobby fired one round from his service pistol, striking Ms. Babbitt in the left shoulder, causing her to fall back from the doorway and onto the floor. A USCP emergency response team, which had begun making its way into the hallway to try and subdue the mob, administered aid to Ms. Babbitt, who was transported to Washington Hospital Center, where she succumbed to her injuries,” the press release states.

In fairness, it would be very difficult to convince a jury that there was no threat being posed here. Too much violence had already erupted. The Department of Justice came to this conclusion already: “The investigation revealed no evidence to establish beyond a reasonable doubt that the officer willfully committed a violation of 18 U.S.C. § 242. Specifically, the investigation revealed no evidence to establish that, at the time the officer fired a single shot at Ms. Babbitt, the officer did not reasonably believe that it was necessary to do so in self-defense or in defense of the Members of Congress and others evacuating the House Chamber.”

Of course, there are many who are going to point out another obvious fact. Conservatives have been a target ever since Joe Biden stepped into office. We are not going to get a fair shake ever again. This is Biden’s America now and we just live in it. It is also worth nothing that they are not doing anything meaningful to stop the rioters either.