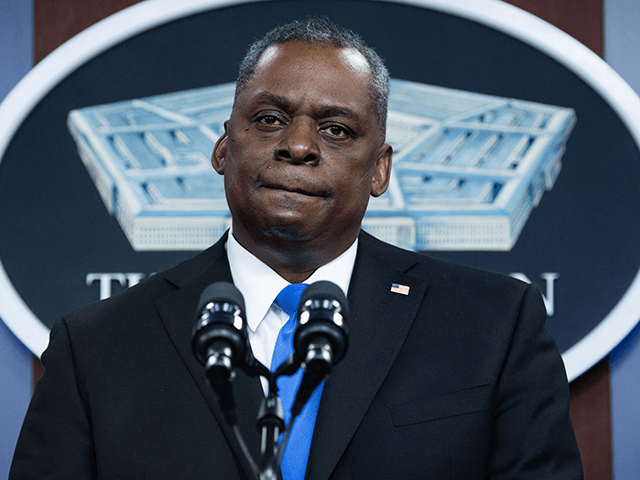 The information Austin must make transparent includes “various elements of the Pentagon’s activities in Afghanistan, including how military officials plan to facilitate the evacuation of American citizens who were left behind,” Fox News reported about the committee’s adopted amendment.

The amendment was part of many other measures adopted into the National Defense Authorization Act this week, as Rogers and other concerned Republicans have made it a priority to force the Biden administration to come clean about the tragic evacuation that left an estimated 200 Americans behind enemy lines, as well as Afghans who helped the U.S. government’s effort to restrain terror in the region.

The committee, which includes Republicans and a majority of Democrats, also adopted an amendment by Rogers to increase the total defense budget from President Biden’s proposed $715 billion request to $740 billion. The vote was perhaps seen as “rebuke” to the president’s funding initiatives.

The congressional effort to rein in the Biden administration comes as a Friday poll revealed the majority of Americans hold Biden responsible for the deaths in Afghanistan from the suicide bombers outside the extraction point of the Kabul airport.

But Biden has claimed the evacuation was a “success” while blaming former President Trump for the deadly withdrawal, even though Biden terminated the conditions Trump put in place to insure an orderly evacuation.

President Joe Biden answers questions from the media as he speaks about the Afghanistan evacuation in the East Room of the White House, August 20, 2021, in Washington. (AP Photo/Manuel Balce Ceneta)

Despite Biden’s lack of taking responsibility for the deadly withdrawal, a Thursday poll revealed a plurality of Americans hold Biden responsible for “losing” the war in Afghanistan and not Trump.

Biden’s poor polling numbers as a result of his Afghanistan bungle have left the White House scrambling to change the narrative. But the Afghanistan situation has not relented. The Associated Press (AP) reported 30-plus American school children remain trapped inside Afghanistan.

Sacramento City Unified School District spokeswomen told the AP she and the families are struggling with the absence of the children.

“The only word I can say is heartbreaking,” she said when asked how she and her community were dealing with the unknowns of the school children behind enemy lines. I hope “for their speedy and safe return back to the U.S. and back to our school communities,” she added.