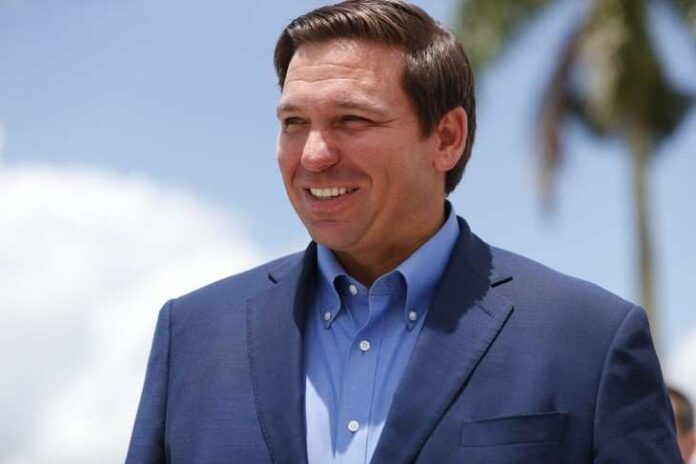 The crazy Democrats are running scared of Ron DeSantis. He has become their favorite person to hate since Donald Trump left the scene. The Floridan governor does not take liberal attacks lightly. He knows that they are looking for a fight, and he is willing to give it to them wherever they show their ugly faces.

DeSantis was under fire once he opened the state of Florida back up earlier last year. The reports that he was watching were giving him signs that it was time to get life back to normal. He removed mask mandates and put kids right back to school.

When the liberals found out, they accused him of acting rashly and putting lives in danger. But what happened was the numbers continued to drop. So the irrational Democrats needed to falsely accuse him of favoring Publix when it came time to distribute the vaccine. But even their low blows were debunked by their very own Democratic supporters.

The liberals see DeSantis as the biggest threat to their popularity behind Donald Trump. They cannot afford to have this caliber of a man running against them in the 2024 election. They know that he will beat them at every turn because his track record is clean and highly successful.

The media indeed has been working with the Democrats in their attacks. Any chance they get, they run a story about some issue in the state of Florida, and they do not even care if they get the facts correct.

.@60Minutes must investigate this scandal pic.twitter.com/5PuLlF2ETV

One of the latest stories was about the long lines in Miami at vaccination sites. They found a grumpy person who had been waiting in line for hours. They took that report and tried to make it seem like the issue was statewide. But it was soon discovered that the person in question had been waiting in line since the early morning hours, and the medical site did not open until around 9 am.

Ron DeSantis is the best thing that has happened to the state of Florida. He has nothing but successful plans under his belt. And even when the Democrats try to attack, the facts back up everything that he is doing.

And now that 2021 is underway and moving right along, it looks like he is about to put another sore spot in the Democrat’s demeanor. The liberals have pushed the COVID-19 pandemic for a long time. They claim that millions more are about to die if Florida does not shut down again.

But the news has finally discovered that the state has posted single-digit death rates. The Palm Beach Post put out a story that rocked the liberal world. They stated that “For the first time in almost seven months, the state of Florida reported only a single-digit increase in new reported deaths linked to the coronavirus pandemic. The state health department said seven more Floridians and two additional non-residents have died due to COVID-19. Over the past two weeks, daily reported COVID deaths across the state have ranged between 22 and 98, and the week-to-week reported deaths have been on a slow decline since January. Just five new coronavirus deaths in Florida were reported Sept. 28.”

DeSantis made it a point to protect the elderly in his state. Something Cuomo failed to do when he deliberately murdered New Yorkers living in nursing homes when he infected them with the coronavirus on purpose.

The seniors in Florida were put at the top of the list because all lives matter to Ron DeSantis. He has purposely attended to the needs of people in the state. And that same focus and drive he would bring with him to the White House.

The Democrats put themselves ahead of everyone else. But DeSantis would put himself last and the country ahead of his own beliefs. Donald Trump did the same, and the Democrats had to hijack the election to get their man in under the radar. The Floridian governor knows how to fight the media, and he knows what it will take to beat them at their games each time they try and stop his progress.