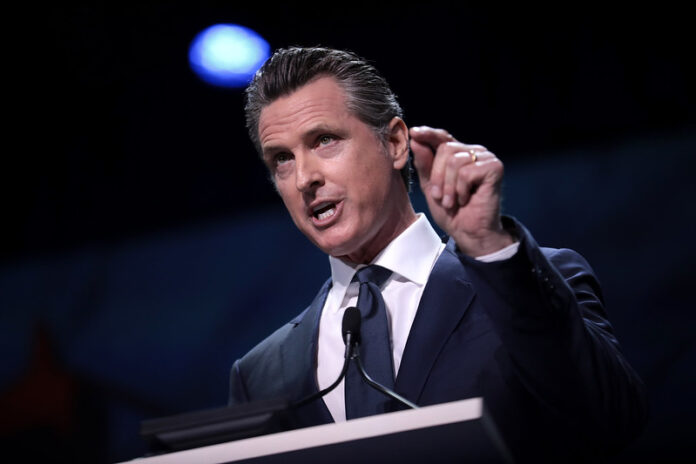 Gavin Newsom isn’t doing the best job for Californians right now. The state has been in lockdown for too many months and too many businesses have suffered.

The state has certainly seen its share of celebrities in positions of power – including Arnold Schwarzenegger serving as governor from 2003 to 2011.

The question is, can Mary Carey actually do a better job running the state than Newsom?

The adult film star is planning to run, particularly if Newsom gets the boot because of the recall effort. She has tried to run for the position before. In 2003, she lost to Schwarzenegger, ultimately coming in 10th in the polls.

Her campaign website is something spectacular, stating that her political strategy is in the works. Then, she leaves this gem” Finally a politician you want to be screwed by!”

The state can’t possibly be run any worse than it has under Newsom’s care. He’s bankrupted the state and he’s made it into a sanctuary so that illegal aliens can fly under the radar of Immigration and Customs Enforcement.

Newsom already knows that he’s in big trouble. He’s facing a serious recall effort over the way that he’s dealt with the coronavirus.

Does Carey stand a chance? Well, she’s an independent. This could actually work to her advantage as she offers to play moderate between the two parties. The problem is that independent parties never end up going far.

She won’t be the only one vying for the job, either. There are going to be plenty of individuals coming out of the woodwork. Usually, Hollywood will throw a few people into the mix with hopes of being represented. Many will run solely for the attention so that they can kickstart their career or move out of the D List where they’ve sat for decades.

If Carey does want to be considered a serious candidate, though, she’ll have to up her platform over the one that she ran with in 2003.

She may end up with one heck of an added tax revenue, though. In 2003, she was hoping to tax breast implants – and with Hollywood always keeping the plastic surgery industry alive, it may be enough to singlehandedly take care of the homeless problem across California.

The 2004 Vixen of the Year could certainly win. Anyone can win and anyone can make a difference at this point. While it would be nice to see what a woman could do for the state, she’s still an unlikely replacement for Newsom.

It’s clear that everyone knows that Newsom’s time is done in office except for him. He can fight it, but while he’s fighting to stay in, there will be dozens of people who are fighting for his place.