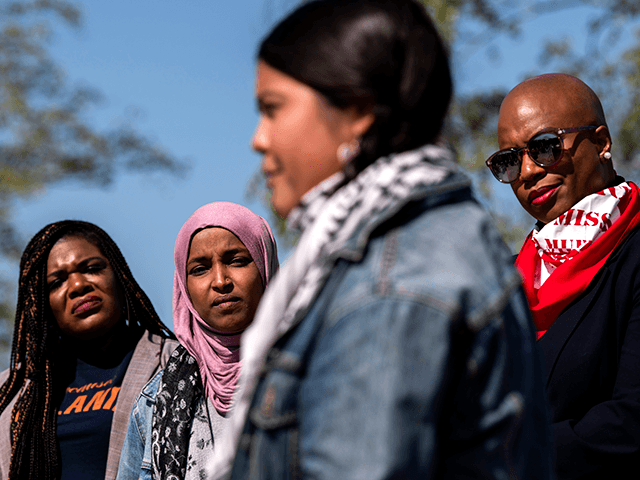 “I think it’s really important that President Biden understands that this decision around being silent is devastating these communities,” Tlaib claimed during a press event:

“It is hurting them, and if anything, especially because the experience that we’ve had in Michigan is that Enbridge believes they’re above the law. They’re not. They are not above the law,” she added.

In a social media post, Bush explained the group “came to Minnesota to join Indigenous water protectors in the fight to Stop Line 3”:

During her remarks given at the event, Omar said it was “unconscionable for us to see zero action being taken by our governor and president in stopping this pipeline”:

On Friday, Republican U.S. Rep. Pete Stauber hosted an event with Republican legislators at the Minnesota Capitol to explain the Line 3 pipeline would benefit numerous construction workers and their families, MPR News reported.

“Enbridge replacement of Line 3 is a good, safe project,” Stauber noted, adding, “It’s been vetted — one of the most vetted projects in this entire state. And it has been successfully defended in the courts.”

Stauber shared a video on Saturday of Line 3 construction workers talking about the project.

In August, the Minnesota Supreme Court declined to hear an appeal from opponents of Enbridge’s Line 3 pipeline which let stand a decision by independent regulators to allow construction to move forward, the Associated Press (AP) reported.

“Without comment, the state’s highest court declined to take the case, issuing a one-page order that effectively affirmed a decision in June by the Minnesota Court of Appeals. And it left the Native American and environmental groups that have been protesting at construction sites across northern Minnesota with a dwindling number of legal options,” the article read.