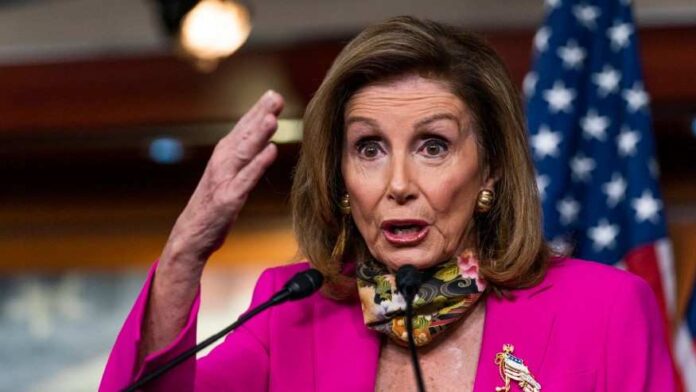 Everyone, get your action heroes in order. There may be a new character being added to video games around the world as one street fighter has been unnamed for too many years: Nancy Pelosi.

Most people would have assumed that Nancy Pelosi was just an 81-year-old politician who serves as Speaker of the House. Nope. She’s a street fighter. Or, at least that’s what she has claimed when interviewed about the January 6 Capitol attacks.

The Capitol Police couldn’t have stopped the insurrectionists but the eldest liberal of the House would have been able to, as she recounts her story to USA Today. Had they met her instead of the Capitol Police, they would have had a “battle” on their hands.

She talked about how the insurrectionists were on a mission to reach her and the other politicians. There had been talk of kidnapping some of the higher-ranked officials.

When speaking to the reporter, she claimed “I’m pretty tough. I’m a street fighter.”

Let’s pause so that everyone can get a mental picture of Nancy Pelosi fighting dirty in the streets.

She managed to lift up her foot to the reporter to show off her 4-inch-high stilettos. She claimed that she had those to arm herself with, too.

Wow, who needs guns when you have high heels? Perhaps that’s what the Dems’ plan is – focus on getting the guns off the streets. Then, everyone can just run around with 4-inch heels because that’s all the weapon a person needs.

After speaking to the reporter for a few minutes, she says that she was never personally afraid during the riots. However, she is also honest for a moment. It wasn’t because she would be able to kick their butts – it was because she had so much security around her.

Not everyone has the same level of security as the Speaker of the House, though. Alexandria Ocasio-Cortez wasn’t even in the building and she was terrified.

Pelosi said that she’ll never forget those rioters because of the trauma they have caused the staff and members of Congress.

The high-ranking Democrat seemed to be very serious about her ability to defend herself. Yet, she’s the one who had actually ordered a machine gun to be used to protect the Capitol Building once the riots were over.

Of course, her request had been denied. After all, the damage caused by a machine gun could have meant countless innocent lives lost. And, if she’s as tough as she claims to be, why bother with such weapons for protection?

She expects to be taken seriously, yet she makes comments about being a street fighter. Has she looked in the mirror lately? While she’s spry for her age, no one expects that she’s packing brass knuckles under the jacket of her freshly laundered, designer suit. She grew up in Maryland, not the streets of LA or Brooklyn.

She makes it sound as though she has experience fighting gang members left and right. If she thinks that her stilettos are really capable of protecting her in a fight, she has another thing coming. Sure, she might wound a foot, but she doesn’t weigh much – and she has to take that into consideration.

The Speaker of the House should be providing a good example. Yet, she’s not really able to accomplish that – especially when she talks about being a street fighter.

Aren’t we supposed to be reducing the amount of violence? She has basically admitted that she would have taken matters into her own hands instead of letting the police handle it. And, with those words, she makes it seem as though Capitol Police Officer Brian Sicknick died in vain. Maybe if he had been wearing heels, it would have made the difference.

Meanwhile, every arcade in town should be figuring out how to add Pelosi in as a character. Let’s see how many people choose an 81-year-old politician as their character to fight the bad guys off with.