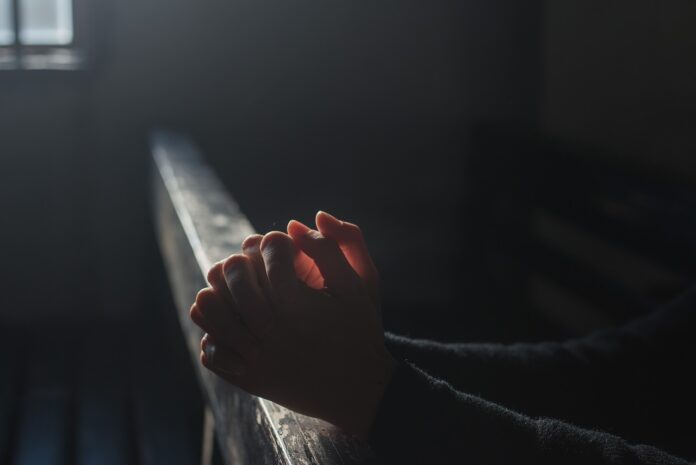 They say the third time is the charm, but for California’s headstrong and liberal state, the magic number appears to be five. Or at least that’s how many Supreme Court losses it took dictator-like Governor Gavin Newsom and his goons to finally realize that his discrimination against religion and holding worship services was unconstitutional.

That’s right. Governor Newsom has lost a grand total of five cases in the Supreme Court to various churches or religious affiliations in his state in the last year.

You’d think after just one or maybe even two, he would understand that holding your thumb down on people who have the right, via the First Amendment, to worship how they see fit is wrong. Then again, no one ever accused the soon to be recalled governor of being exceptionally bright, did they?

But after losing the latest and what appears to be the governor’s final attempt to restrict the practice of religion in the Golden State, limits on indoor worship have been finally lifted.

A one-paragraph explanation of the newly lifted restrictions was recently put on the state’s Department of Public Health website, essentially saying that all bans while still “strongly recommended” were no longer mandatory.

“In response to recent judicial rulings, effective immediately, location and capacity limits on places of worship are not mandatory but are strongly recommended. The linked guidance is in the process of being updated. All other restrictions in the guidance remain in place.”

So just what did Newsom lose this go around?

Well, as The Associated Press reports, the latest case, Tandon v. Newsom, was actually about Newsom’s forbiddance of in-home religious meetings, you know, things like bible studies and prayer groups.

The Supreme Court ruled that this ban was a direct violation of the First Amendment and its protection of free exercise of religion.

According to the Court, “First, government regulations are not neutral and generally applicable, and therefore trigger strict scrutiny under the Free Exercise Clause, whenever they treat any comparable secular activity more favorably than religious exercise.”

The court’s decision then noted that Newsom’s ban of such religious activities did, in fact, satisfy “strict scrutiny” because “it must do more than assert that certain risk factors ‘are always present in worship, or always absent from the other secular activities’ the government may allow.”

California’s law does not do this.

And as was proven in a previous religious-based case in which Newsom lost, California is already known to be “playing favorites during a pandemic” and “obviously targets religion for differential treatment.” As such, Newsom was found at fault, and his wish to keep at-home religious meetings banned was struck down.

Now, obviously, the case didn’t supply that Newsom had to forfeit all bans on religious meetings or indoor worship.

But as it is his fifth loss, and the reasoning for keeping such limitations in play is lessening by the day, perhaps he finally recognized the need to play by the rules and laws of the land.

It could also be because people like Paul Jonna, an attorney for the Thomas More Society (a catholic law firm), have recently written to the governor and his state’s attorney general Matthew Rodriquez asking about when capacity and location limits would be raised. Newsom had to know that if restrictions weren’t soon lifted, he would be in the middle of yet another Supreme Court case on the subject, and like all the others, would likely lose.

As Jonna wrote in his email, “It’s time for the State of CA to get the message from the Supreme Court and stop fighting to maintain unconstitutional restrictions on religious exercise. Your clients’ obstinate refusal to follow the law will only result in a larger attorneys’ fees award at the end of this case.”

Not to mention the 6th rebuke from SCOTUS.