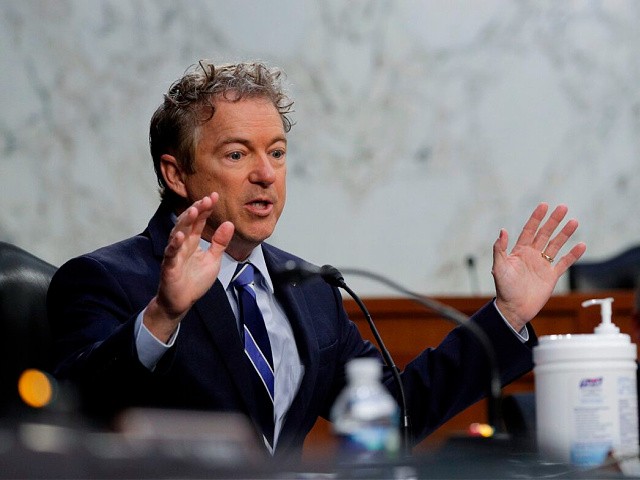 During an interview aired on Tuesday’s “Sean Hannity Show,” Sen. Rand Paul (R-KY) reacted to new reporting from The Intercept on funding of the Wuhan Institute of Virology by stating that Congress needs to ban funding the Wuhan lab because The Intercept’s report shows that “the NIH, Dr. Fauci, did fund the Wuhan lab and continues to fund it.”

Paul said, “We know for sure, with absolute certainty, that the NIH, Dr. Fauci, did fund the Wuhan lab and continues to fund it. The newly released documents from The Intercept show that there’s another grant that goes 2020 to 2025. So, the money continues to flow to Wuhan. I forced a vote about a month ago in Senate, and we actually won unanimously no longer to fund the Wuhan Institute, no longer to fund this research in China, yet it hasn’t been signed by the president, it hasn’t been passed by the House yet.”